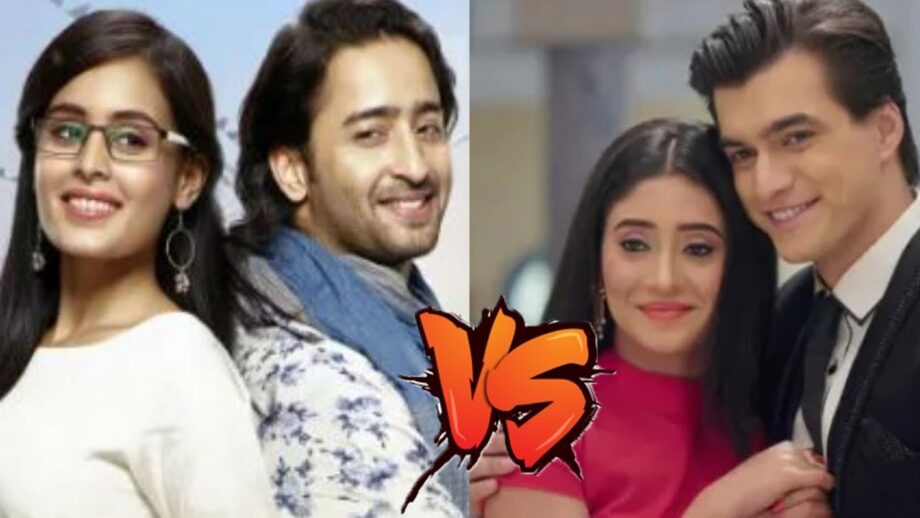 Both shows are related to each other. One is one of the longest-running shows on Tv and the other has recently marked its way onto the hearts of fans. The one is most-watched, and the other is a spin-off. The spin-off concept worked on Tv, and this show is proof.

As we all know, Kartik and Naira of Yeh Rishta Kya Kehlata Hai are one of the hottest pairs of the small screen on the TV. They have fans all over the nation and we are glad to say, their chemistry is something to cheer of. Kartik is played by Mohsin Khan and Naira is played by Shivangi Joshi.

Both the actors had their best moments of life on the show and we are not sure whether they have a moment or many moments to love. Their fans call them Kaira and they have a great fan following on social sites,

Whereas, Yeh Rishtey Hain Pyaar Ke is a little different from this show. Mishti played by beautiful Rhea Sharma, is a simple and cute girl who falls in love with Abir played by Shaheer Sheikh, who loves to express his feelings with romantic and inspiring shayaris.

Their chemistry is unsaid, unspoken then too say many things. They both are known as Mishbir by their fans. When they come together on-screen, we leave all our other work and focus on them, such is their craze. They have more than a moment to share.

So which moment is your favorite moment? Is it Shaheer Sheikh and Rhea Sharma or Mohsin Khan and Shivangi Joshi?