The legend that all of Bollywood bows to and the world recognizes in a heartbeat, PrithviRAJ Kapoor has been a monumental figure in the industry now and forever. Prithviraj Kapoor, born in 1906, was the pioneer of Indian theatre and also the Indian film industry, and there isn’t anything we could say about this legend that would be enough. He started his acting endeavour during the silent era of Indian cinema and also started one of the first travelling theatres in 1944 in Mumbai, called Prithvi Theatre.

He was awarded the very prestigious Padma Bhushan award by the government of India and for his contribution to the world of acting. He started his acting career in Peshawar and eventually moved to Mumbai to pursue his acting with a loan from his aunt, and had immense hope and determination backed up with utter confidence that he would make it in this industry.

Though he started his career as an extra, he eventually started to get lead roles and recognition over his great acting skills. After doing some roles in some of the movies, he joined the Grant Anderson Theater Company. Though he had a reputation of being a great theatre actor, he eventually started growing a reputation for both the screen and theatre, and his journey went on to a completely different tangent thereafter and his fame and success, as we all know, was not very far behind. 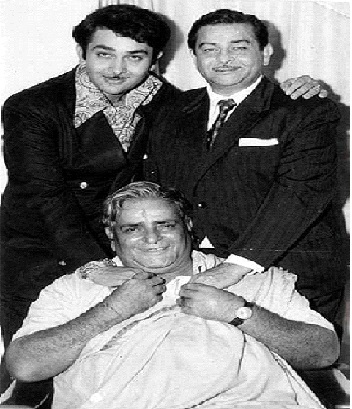 The whole world mourned the loss of this legendary figure in May 1972, and for all his unparalleled contribution to the Indian cinema, he was also awarded the Dadasaheb Phalke Award in 1971, posthumously. The immortal theatre of the Kapoors, Prithvi Theatre was also revived by his son Shashi Kapoor, in his honour.

Prithviraj Kapoor, his lineage and the legacy that he has left behind have all been of monumental value and not just the millions of fans and viewers but also the whole of Bollywood fraternity has been ever grateful to the Kapoor family.