The outstanding actress of television and theatre Shabana Azmi is an incredible actress. The actress made her film debut in 1974 and became one of the most leading actresses of parallel cinema. Her performances are loved by her fans and she has become the topmost prominent actress in the industry. The actress has also become a recipient of numerous awards including Padma Shri by the Government of India in 1988. She was also honored among women in cinema at the 30th International film festival of India. She is a legendary actress who has made her appearance in over 120 Hindi and Bengali films. The actress has worked on several foreign projects too. She is one of the most influential actresses and rocks the industry with her amazing roles.

Her first film Ankur in 1974 was amazing that led the actress to win the award of best debut. Shatranj Ke Khiladi in 1977 where she played the role of a sophisticated woman who is trying to make her disinterested husband realize her desire and her role was loved by several people. She stunned us with her role in her movie Arth in 1982 where a woman is finding difficulties to face her divorce as he husband is not faithful to her. In her film Masoom, she played the role of a woman who is fighting complexities in her life. The actress has played the topmost roles and they are portrayed perfectly. Her movie Godmother in 1999 which is based on the real-life story of Santokben Jadeja and the story is very interesting and the biographical drama is shown amazingly and she has made her fans impressed with her talent.

Watch these films of Shabna Azmi and stay tuned to IWMBuzz.com. 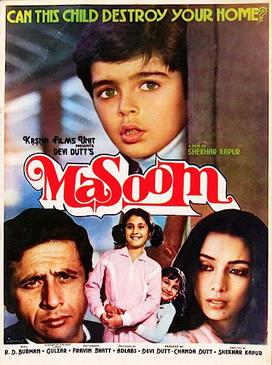 I’m numbed with grief and disbelief: Shabana Azmi on COVID 19

Breaking News: Shabana Azmi Joins Hands With Biggies For A Cause, Find Out