Mini Mathur who has been a great host speaks about the uncanny knack of holding an audience, that a perfect host needs to have. Mini Mathur, one of India’s top TV hosts, is all set to make her fiction digital debut with Applause Entertainment’s upcoming sitcom, Mind The Malhotras.

Says Mini, “It is an adaptation of an Israeli show. I had been staying away from TV fiction for a long time, but web, with its characters that are not just bahus or mothers, is just what the doctor ordered, hence said yes.”

Mini had earlier acted in Zee TV shows such as Khwahish and Vakalat. She had also done films like Dil Vil Pyar Vyar and I, Me aur Main.

Mini feels acting is a breeze. “I did not feel challenged when the thirty day schedule of Mind The Malhotras wrapped up. You just need to remember your lines and sit on the sofa and voila, it’s done.”

Here she made a big statement.

“One of the reasons why many actors are unable to double up as good hosts is because they are lazy. Hosting is not easy for you are required to carry the whole show on your shoulders, courtesy your energy levels, mind power and physical energy.”

“I have been successfully doing the same for over 20 years (Tol Mol Ke Bol, early seasons of Indian Idol, Yeh Shaam Mastani, etc.). I am among the few handful of hosts who have not used the platform as a springboard to jump on to bigger and better stuff like becoming a star on TV. I anchor for I love it.”

She goes on, “A host is not someone who just reads the teleprompter, but rather brings his personality to the fore. Now you wake me at 3 am and ask me to hold an audience of 100, and I can easily do it.”

“Also, one big common misconception is that a host is sans emotions. You must have seen me crying with Indian Idol contestants like Meiyang Chang and Emon Chatterjee, who had come from small towns with dreams in their eyes. Please remember that if your emotions are unreal, they will not connect with the audiences,” says this wife of Bollywood director, Kabir Khan (Ek Tha Tiger, Phantom, etc.).

“Luckily, I was part of a non-fiction generation, where we were not asked to construct reality, i.e. do things.”

In closing, Mini hopes for a time when desi hosts also get their signature shows as in the West, e.g. Oprah Winfrey and Jimmy Fallon. “These guys have devoted their life experiences to something that brings joy to people’s lives. No wonder what they say carries a lot of weight.” 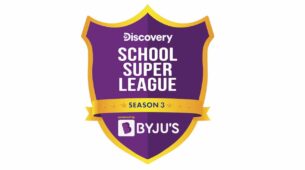