Alt Balaji, an OTT platform, is all set with its new upcoming web series: State vs Nanavati. It is a story about a naval officer Nanavati who stays away from home due to his work. Once when he was returning home, he comes to know about the extramarital affair of his wife. He begins to fume with anger and kills his wife’s lover. This sparks drama all over the nation. Too many opinions begin to come in and it turns in to a case that divided India.

The series is a combination of thriller and crime. Actor Angad Bedi will be starring in the series and is going to be a prominent character, Karl Jamshed Khandalavala. He is the one who presents the defence in the case of Nanavati vs State. He uses to work in the Royal India Air Force during second world war and was a part-time lawyer. He says that this role has been one of the most challenging roles that he has prepared. This is his first time as the lawyer on screen and that is why he read up a lot about the law in the 1950s. He had to memorize 6-8 pages long monologue for his speech in the courtroom.

Look-wise, he has been taken care of by the makeup and hairstylists. He also visited actual courtrooms to get completely in verse with his character.

The storyline of the show is completely outstanding and it brings out the charm of Bombay on screen. It remains one of the most controversial cases in India. A mix of crime and thriller is what keeping the audience hooked to its trailer. The series will be out soon and the audience is looking forward to it. 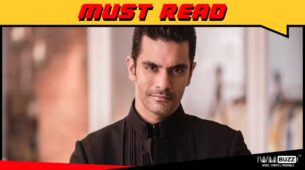 I prefer being original while playing any character - Angad Bedi