Paras Kalnawat is an absolute hot and handsome hunk and we will tell you why. Paras Kalnawat is an Indian television actor and model. He started his television career as Sanjay Prince Ahlawat, the male lead, in the television series Meri Durga. Then he played the lead role of Rehaan Thakur in the television series Mariam Khan . He was last seen in ALT Balaji Production’s Dil Hi Toh Hai Season 2. He will next be seen in Zee 5 Originals Web Series named Ishq Aaj Kal alongside Ankitta Sharma. Paras s currently shooting for Ishq Aaj Kal Season 3. Paras Kalnawat is famous for his lead role in star plus serial Meri Durga . He is smart and good looking actor.

Paras is TV seriel actor who had huge fan following with his acting and with his dashing looks and won millions of hearts.

Paras has impressed his fans with his hot and good looking looks and now he has huge Instagram following. Paras is a popular model and won the most popular model award from the reputed institute.

Paras has posted beautiful good looking post with wonderful secnerry of manali, himachal Pradesh. In these pic he was looking dashing and super cool.

When i look back i see there’s not even a single moment for which i feel i should have held it… I am busy living in present with so much of positivity and happiness. Excited about whats coming next… It took a long time to be so positive that all the negative energies around me stopped bothering me and i started looking at things in a different manner… A half empty glass became a half filled glass for me… Happy with whatever i have… Happy in this small little world of mine… Life is great… Better things are coming ahead ? ?: @harsh__mevada #Actor #Model #Smile #Positive #Energy #Bestoftheday #Happiness #Picoftheday #Best #White #Home #I #Me #Workout #Lean #Instagram #Igers #Instagrammers #Mumbai #India 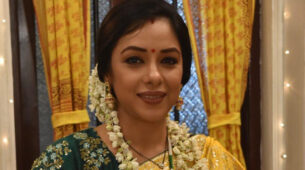 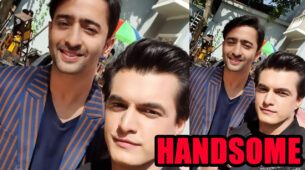