Take a look at Gigi Hadid's best Summer Fashion Apparels that you would like to try!!!

Gigi Hadid is a phenomenal American model who is also the daughter of famous media personality “Yolanda Hadid”.

Gigi Hadid got the likes of modelling at the age of just 2. After her passion the modelling went on growing, she started modelling for Baby Guess. She was also known as the Model of The Year by the Fashion Council of Britain in the year 2016.

With 4 years in modelling, she made 35 appearances on the “Vogue” magazine covers. She has walked for Victoria’s Secret and has been the Secret Angel many times.

Gigi Hadid has been persistent even after the birth of her baby girl. Gigi Hadid never disappoints her fans when it comes to her amazing looks. She is now a mother but before that, she was a total fashion diva. She was so wild and her outfits were something off the charts. Ever since her first walk, she has been dominating the stage with her staggering looks. Gigi Hadid surely knows how to rock in any outfit.

With the summer hitting hard, women like to keep it simple and are often seen in their whites. Wearing a simple white outfit can also change the scenario. Gigi Hadid never leaves her place without her whites on. Gigi Hadid styles every outfit of hers with her amazing outfits and shades. She has nailed all her summer outfits. We have got a collection of her amazing summer looks that she is frequently seen wearing

Take a look at these outfits!! 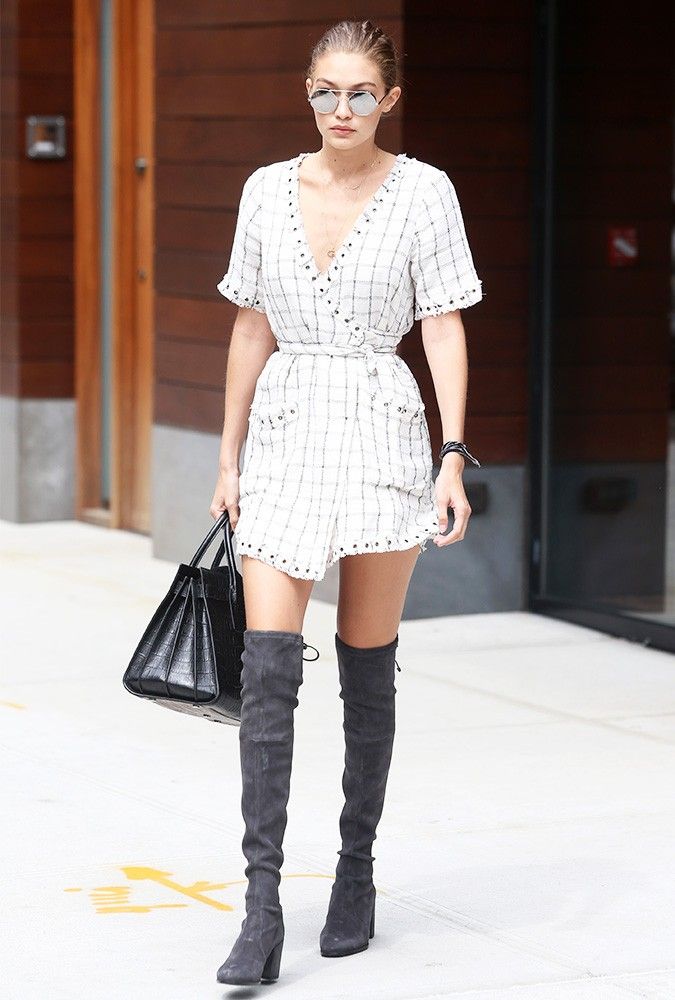 Gigi Hadid In Cycling Shorts With White T-Shirt Teamed With Suit Coat, Did You Like This Style?