Seasoned actress Supriya Pilgaonkar in conversation with IWMBuzz.com about her web-series Home on ALTBalaji. Veteran TV and film actress Supriya Pilgaonkar who is making her web debut with ALTBalaji’s latest presentation Home wishes to give a pat on the back to Producer Ekta Kapoor for attempting to go beyond just core youth concepts like Ragini MMS and Gandii Baat.

“Our story appeals to every indian desire of being a home owner however small the person may be. It is obviously narrated from the view of a youth. But the hook will target other age demographics (i.e. sixty plus who have time to binge 2 hours in one go,” says this better half of well-known Marathi film actor and director Sachin.

Being a realist Supriya accepts the importance of youth in content consumption. “I am just happy that we are now going beyond sex and abuse. Being a mother I have always believed that positive and hard working youth will accept all types of well-told content. If more cleaner concepts are made, web can also attract a larger section of my type of youth audience, who though have given up on TV, have yet find the digital sex and sleaze unacceptable.”

Suriya has been part of TV since the early nineties. Her notable shows have been Tu Tu Main Main, Kadvee Khattee Meethi and Radhaa Ki Betiyaan Kuch Kar Dikhayengi etc.

“I just hope that Home works for it will open floodgates for other types of content to also populate the World Wide Web. Having said that sexual content also has it takers; hence the game should be to have a bouquet of various genre (like ALTBalaji) and let the viewers decide what they want to watch.”

A lot of the above edgy content also works in web opposed to TV, for the former is very personal watching. But yes, content makers also need to really work on their concepts for if you take time to choose a particular show, expectations of certain level of quality is also given.”

Talking about her co- star Supriyaji who’s last well known show was Sony’s Kuch Rang Aisi Bhi says, “Although Annu Kapoorji has done a large body of work, he is still very eager to do his bit. Also our director Habib Faisal was very committed to the story. No wonder he gave a back story to even minor characters like the watchman (not shown due to time constraint), so that they are better able to deliver even their bit parts.” 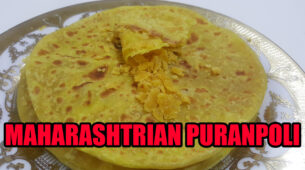