Let’s find out who is more popular, Jungkook or Kim Taehyung BTS, one of the well-known South Korean bands, it has gone viral a lot of times and is adored by the youth of the country. And the members have earned their separate fanbase individually. And today we here at IWMBuzz want to know that who is more popular, Jungkook or Kim Taehyung

Jungkook also is known as Jeon Jung-kook, is a South Korean singer and the vocalist at BTS group. Jungkook is quite famous amongst his fans and has earned millions of followers and fans on his social media profiles. Also, in 2019 he was the most-searched male K-pop idol on Google.

Kim Taehyung, is a South Korean singer, songwriter, record producer and actor. He is also a vocalist in the BTS group. We love him for his style and fashion. But not just that, he is quite popular as an individual amongst the youth. In 2018 while analytical research was conducted by Eugene Investment & Securities Co., Ltd, depicted that he was on trending and was the most-searched male K-pop star on google!

Now, looking at that, it’s quite dilemmatic to say, who is more popular, because we think both of them are! Immensely! What do you think? Let us know in the comments below!

Also Read:-  Are You A Fan of Bts’ Rm? See His Latest Stylish Looks 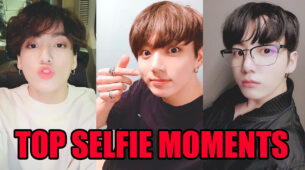 Top SELFIE Moments Of Jungkook That You Can't-Miss