The Engineer turned Banker who accidentally became an actor, Naveen Kasturia’s journey in itself is no less than a web series. Naveen Kasturia or who we know fondly as Naveen Bansal, is not a typical filmy hero. After TVF Pitchers, Naveen the common man became Naveen ‘the hero’ in real sense and he has been climbing the ladder of success ever since. This versatile actor has worked on numerous projects and wowed one and all with his amazing acting chops. Some of his memorable roles have been that of Ashok in Waah Zindagi, Ayaan in Half Ticket and Half Ticket 2, Arjun in Pure Veg, Darbari Lal in Bose: Dead/Alive, and many others. However, there are few performances of his that have left a staunch impression in everyone’s mind and are his claim to fame! 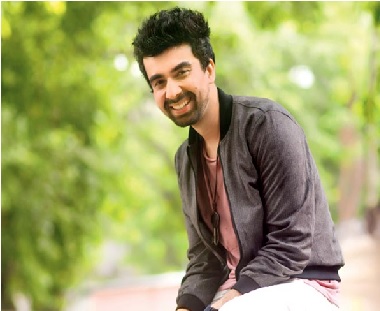 One of the most talked about series of all times, TVF Pitchers, is a fine example of Naveen Kasturia’s mettle as an actor and his character portrayal has left everyone in awe of him. The actor plays Naveen Bansal in the series, and everything from his expressions to his dialogue delivery are all too apt and audiences couldn’t help but love his ambitious character.

Even in Jashnn and Love Sex Aur Dhokha, Naveen plays himself and might we add how amazingly so! His role portrayal has defined the true meaning of actor and we are certain that this engineer, who became a banker and then an actor, has proved it to everyone that he is the real deal.

It is actors like him that are giving web series the much needed recognition and we can’t help but enjoy digital content more than the regular daily soaps. We are all too excited to know what project Naveen Kasturia embarks upon next and how he wows his fans with his stellar performance.