FRIENDS, an evergreen rom-com from the ’90s has a massive fan following even today after 3 decades, and we are sure this TV series is still going to be loved by upcoming generations. Friends are not something someone can easily forget. We all know about the beloved character Joey (Matt LeBlanc) from FRIENDS who is always hungry and flirts with the girls using his famous dialogue ‘How are you doing?’ Recently, when ZEE5 unveiled RejctX poster with Ahmed Masi Wali on it, the audience was amazed by Joey’s lookalike in an Indian original web show. Debutant young actor, Ahmed’s pictures on social media accounts resembles Joey from multiple angles. We can’t wait to watch Ahmed Masi Wali’s character in ZEE5’s next original RejctX which released on 25th July 2019.

When asked about being compared to Joey, Ahmed responded saying, “To be honest, I think people say that we have several lookalikes across the world. Friends is a very popular show in India. The resemblance has been drawn several times, I have been compared to Joey, I have been compared to Ali Zafar. Even Enrique Iglesias for that matter. I hope the audience that likes these people likes me too. I hope I don’t get stereotyped in such roles because I am not Joey. I want people to appreciate my work as much as they appreciate theirs.” Well, we are sure he will totally be appreciated if not for his acting then surely for his face as he is totally one of the cutest faces we’ve seen. 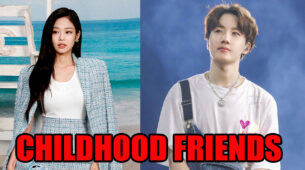