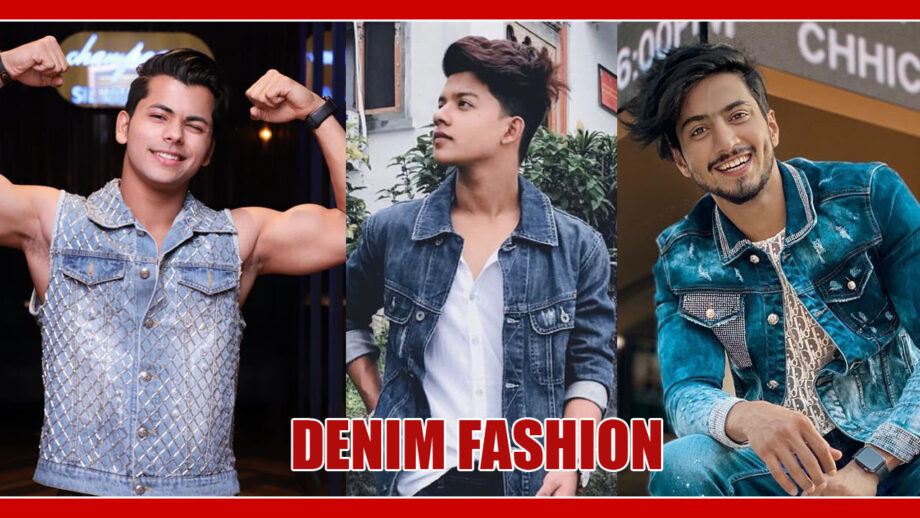 Siddharth Nigam is one of the most worshipped performers on Indian TV. He has appeared in different serials, shows. The performer got his first break on TV when he was a child and did the character play of Ashoka on the show “Chakravartin Ashoka Samrat”. His work in the show got himself affirmation and love! He additionally made his Bollywood film debut with Dhoom 3 a long time back where he depicted the role of Young Aamir Khan. His fan base continued expanding from that point forward and more with his colossal execution as Aladdin.

Faisu has got this striking style sense. His vogue and style have been determinedly raised a bedlam among his fans. We can take motivation from Faisu for styling any outfits. He is a YouTuber, who has won a colossal number of fans with his amazing content and online diaries. He is a motivation for the little boys in the country. However, with that, do you know, how unique Faisu is concerning his hot denim looks! Surely, take a look at it!

Riyaz got notoriety through TikTok. Riyaz’s fans love him for his style and grand fashion updos. He is the most genuine enthusiast of Justin Bieber and Danish Zehen. He has likewise worked together with different Bollywood superstars like Neha Kakkar, Avneet Kaur, Jannat Zubair, Faisal Shaikh. With that, his business has been taking heights, and we never miss an occasion to follow him on a normal premise! With which, we are mesmerized by his grand denim looks! Siddharth Nigam And His Hot Bare Body Looks: Something For Girls To Die For