One of the most popular digital actors in India, Sumeet Vyas’ is now climbing the Bollywood success ladder. 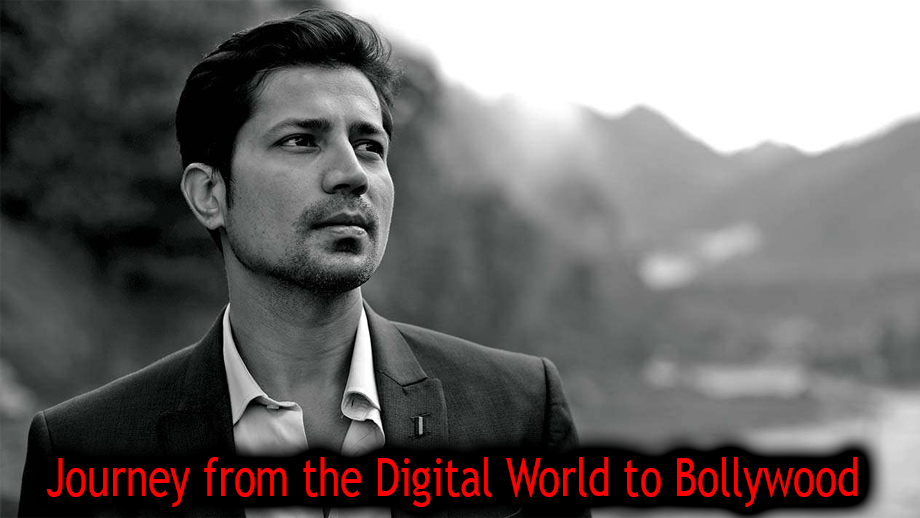 Sumeet Vyas first shot to fame when he appeared in the popular TVF web series ‘Permanent Roommates’ alongside Nidhi Singh in 2014. But that certainly wasn’t his first time in front of the camera. Sumeet had been a part of the industry long before he came into the limelight.

Born in Rajasthan, Sumeet always harbored an interest in acting and writing from a young age. And so after completing his schooling, he moved to the city of dreams, Mumbai, to attend college as well as try his luck in the entertainment industry. Although he never did finish off college instead choosing to drop out and work as an assistant editor in an editing studio in Mumbai.

He began writing and acting in theatres. Sumeet was also a part of Nadira Babbar’s theatre group, Ekjut. In fact, he has admitted to enjoying theatre more than Bollywood and is still actively involved in it.
Sumeet’s first acting break came through a television serial ‘Woh huye na hamare’ in 2007. He later went on to do roles in popular serials such as ‘Rehna Hai Teri Palkon Ki Chhaon Mein’ and ‘Chandragupta Maurya’.
His Bollywood debut happened in 2009 with the movie ‘Jashnn’ which went unfortunately went unnoticed. His first major Bollywood movie was Aarakshan where he was cast as a teacher. Though he was appreciated for his acting chops, none of these proved to be ground-breaking for him.

It was when he starred alongside the late Sridevi in the superhit movie English Vinglish playing the supporting role of a Pakistani cab driver, Salman Khan, did he finally came into the spotlight. A string of short films followed after that. 2014 proved to be a turning point for the actor when he landed himself the role of a goofy, charming man called Mikesh in the web series ‘Permanent Roommates’. The series was a huge hit and brought much-deserved attention. This led to more writing for the web as well as getting to play the lead opposite Kalki Koechlin in the movie ‘Ribbon’, a role for which he received much critical acclaim.

In 2018, Sumeet made his big foray into Bollywood with the commercial hit ‘Veere Di Wedding’ where he was cast opposite Kareena Kapoor Khan.
Sumeet Vyas’ rise to the top has been one of hard work, passion and talent. It’s safe to say he’s only getting started!