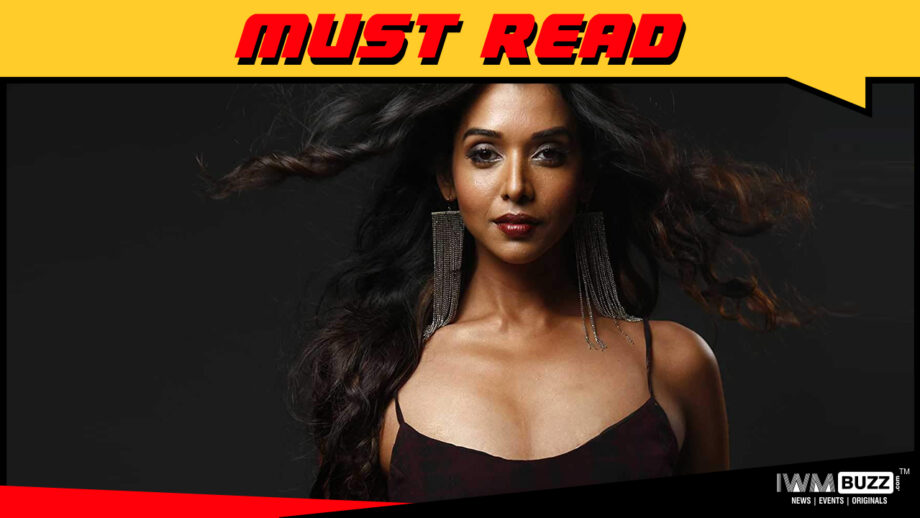 “I had to play the character who goes through a lot with an edge, lest Naina comes out only as a crying woman. Director Onir Sen, who lives the story, helped me in my way. Unlike its name, Asur is not your classical fantasy; instead, it is a fusion of mind games with mythical elements. Also, the ghosts and demons are more manifestations of our inner evil than anything outside.,” says Anupriya in a chat with IWMBuzz.

Anupriya had a blast working with senior actors like Arshad Warsi and Sharib Hashmi.

She adds, “There are no bold scenes in Asur. The romantic equation between Naina and her abducted husband (Barun Sobti ) is shown only in the start and the end. I have no issue with lovemaking scenes as long as it needed to justify the social status and storyboard.”

Before Asur, she has done several other web shows such as Sacred Games, Abhay, and Final Call, etc.

“The web allows you to play different characters in an elongated setting of say 8 -10 episodes per season. We also get to rub shoulders with great creative brains.”

Anupriya, who has hit films like Tiger Zinda Hai and Padmaavat under her belt accepts that the web gives actors like her more screen time compared to features films. “Well, while I got a decent role in my last superhit Tiger Shroff lead War, I do agree that working with superstars decreases your cine presence. But again, films are just two and a half-hour affair .”

Looking ahead, she has Prakash Jha digital show Ashram (Bobby Deol) and the second season of Criminal Justice, to be followed by a feature film with Divyendu Sharma. “ I expect all these projects will get delayed due to the coronavirus outbreak.”

In closing, this Lucknow lass is using the forced home time to finish pending stuff like practice meditation, and yes, doing acting riyaz.

We wish her health and happiness. Anupriya Goenka joins the cast of MX Player's next Anupriya Goenka opens up on the future of OTT and web