Breathe makes for an intriguing watch 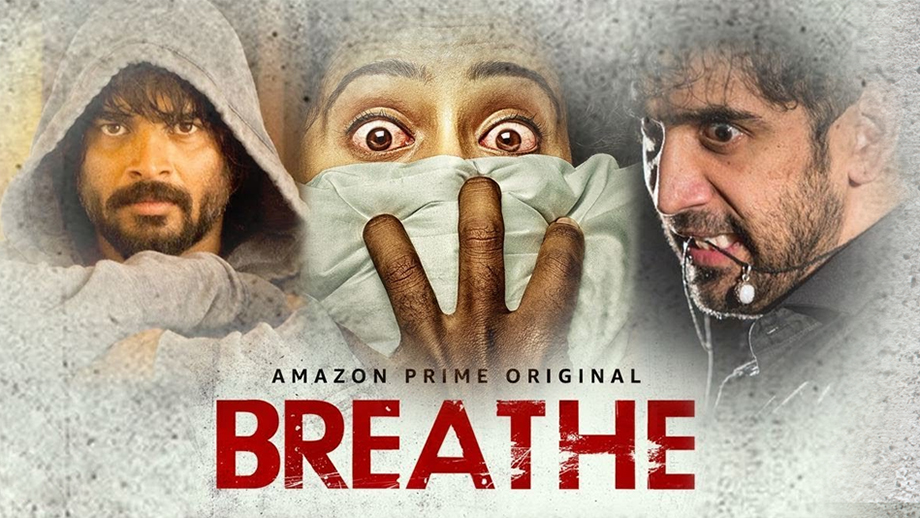 ‘Though shalt not kill’. This is a primary tenet of The Ten Commandments– the cardinal principles that devout Christians, all over the world, live by. And R Madhavan’s Danny Mascarenhas, in Breathe– Amazon Prime’s latest Indian original– is as devout a Christian as any, made amply clear by the numerous scenes where Madhavan is shown praying before the Holy Cross.

Yet, Danny makes this bizarre plan of killing four innocents, in order to save the life of his six-year-old son.

That, in essence, is the story of Breathe. Danny’s son Josh suffers from congenital cystic fibrosis of the lungs, and needs a lung transplant to survive. Over the years, Josh has moved from number 20 to number 4 on the list of organ recipients, but time is now running out for him. He has exactly six more months to live. For Danny, it is a race against time to save his son, and he chalks out an unconventional plan to do so.

He simply decides to kill the first four organ donors registered in the list of organ donors, so that Josh can receive the lungs he desperately needs,for survival. Elementary, dear Watson! But, if only things were as simple! And that is precisely the reason why this weird plan gets our goat. Because mate, perfectly sane people in the real world do not hunt down organ donors and kill them, just to expedite an organ to save their loved ones.

If the makers wanted to put the spotlight on the crucial issue of organ donation, they’ve chosen the most bizarre tale to go about it.

Getting back to the story, Danny plans each killing meticulously, even though his first shot at killing goes horribly wrong– the victim survives. Not to be undone, he hits pay-dirt in his second outing– the killing is successful, and Josh moves to number 3 on the recipients’ list. But Danny makes a key mistake in execution, which gets hard-nosed cop, Kabir Sawant, played by Amit Sadh, on his trail.

Madhavan and Amit Sadh, have managed to elevate this otherwise-average series into a moving masterpiece of human emotions. The grim, dark story is slow and depressing, yet compelling. It sears you in the insides, hits you squarely in the solar plexus and takes you unawares

Kabir lives the life of a loner, having sunk into alcoholism due to the death of his tiny daughter. His wife has moved on, and they’re on the verge of divorce. Yet, despite his constant drunkenness, he has a keen sense of deduction, which makes him realize that something is amiss in these seemingly innocent deaths.

Right from the beginning, we know how Madhavan is killing all those people. So, it’s not a whodunit. The meat is in the way Danny plans those killings. All the murders are planned extremely well, and with precisely calculated timings. The murders are devised such, that the victims can be rushed to hospital in time for their organs to be retrieved for donation– via a pizza delivery boy in one instance, the house maid in another, and so on. You really have to see the series, in order to appreciate the ingenuity of the murders.

Madhavan is brilliant in the role of Danny. Every nuance he portrays– Danny’s qualms at killing another human being, the remorse, guilt and queasiness he feels afterwards, his fanatical look as he plans each murder, the softness of his love for his son– his every nuance stands out in the starkness of the proceedings. Madhavan’s acting manages to lend a hint of credence to the implausible storyline. His acting is refined, restrained, and so on-point, that he owns the screen in every frame. Madhavan’s chocolate-boy looks have been given a rugged makeover with the help of a grim beard, in keeping with his role as a cold-blooded murderer.He looks just like the grim reaper he is.

Amit Sadh is equally brilliant as Kabir Sawant. His grieving-loner-alcoholic turn is so unnerving that, after a point, you just want to scream at him to lighten up, for heaven’s sake! His character touches you in in a primal way, boring a hole into your soul, and shattering you from within.

Together, the two stalwarts, Madhavan and Amit Sadh, have managed to elevate this otherwise-average series into a moving masterpiece of human emotions. The grim, dark story is slow and depressing, yet compelling. It sears you in the insides, hits you squarely in the solar plexus and takes you unawares. Despite being gripped by a strange, depressive feeling,you yearn to watch further.

Let’s see what the future episodes unravel. As said by Madhavan in almost every interview he’s given recently, Breathehas a finale unlike none other in the Indian content space. There’s slated to be a massive twist in the tale at the end.

We wait to see what it is, with bated breath!

IndianWikiMedia.com rate Breathe 3 out of 5 stars…