Here is IWMBuzz.com’s review of Hungama Play’s Hankaar which according to us is a must watch... Hungama Play, the video-on-demand platform of Hungama Digital Entertainment, has sounded the bugle of its entry into the race for OTT supremacy in the Indian digital landscape. After releasing the path-breaking Damaged in June, Hungama Play is back with another pivotal offering to stoke the appetites of quality content-hungry netizens of the country– a gritty, gripping thriller– the ingeniously christened, Hankaar. And with this release, it has made everyone– audiences, critics and competitors alike– sit up and take notice.

Hankaar had been launched in 2016, with the producers- Yogi Chopra, Pocket Films and Talkaholics Productions, plugging it as the first thriller web series of the country. That it took so long to hit the web meant that other web thrillers- Breathe, Zero Kms, Sacred Games and others of the ilk, beat it to the post; and its dream of being the first and only thriller in the web domain remained just that- a dream. Until 2018, that is. The minor spoke in the wheel notwithstanding, Hankaar released this July, and has managed to win the hearts of its target audience upon release. Viewers who appreciate good, well-made and absorbing content are going ga-ga over the show.

As an aside, here’s an interesting morsel of information about Hankaar- it is the country’s first and only web show to have been crowd-funded by discerning and passionate patrons of great content. The show’s crowd-funding efforts were hosted by Wishberry, India’s leading crowd-funding platform. Produced by Hungama, Pocket Films, Talkaholics Productions and Cancom, the crime drama-thriller consists of ten 25-30 minute episodes.

Mumbai offers different things to different people. For some, it is the fabled city whose streets are paved with gold. For some, it is forbidden fruit– desired from a distance, but always out of reach. For yet for others, it is the mythical El Dorado– a place to acquire riches, rapidly and rabidly. But for some, it is blood, guts and gore; it is living– not life, but the motions of living; it is waiting– endlessly, for redemption.

The protagonists of Hungama Play’s latest web original, Hankaar, if you haven’t guessed already, are of the latter kind. The show opens with five people being led into a room with their faces covered under the watchful threat of firearms. The masks are taken off, revealing five bewildered, anxious faces– the five main protagonists. From here on, we watch the show in flashback.

The series follows the lives of five, seemingly-unrelated protagonists in Mumbai, each fighting a daily battle of survival and endurance, with nary a silver lining in the dark clouds that surround them. The show is utterly devoid of happy superfluities, every frame filled with the squalor, sordidness and seediness of Mumbai’s dark and depraved underbelly. Despite this, or maybe because of it, we, the viewers are left enthralled and fascinated by the goings-on in the series. Until now, audiences have only been exposed to the glamorous side of Mumbai in the movies. Even the ones that have touched upon the dark underbelly of the city have done it through rose-tinted lens. Having been acquainted with Mumbai only through similar incomplete depictions, Hankaar, with its unrestrained, uninhibited, unforgivingly harsh portrayal of the city’s crime scene, is like a hard punch to the solar plexus- one that leaves us traumatized, gasping for breath, and yet, yearning for more.

The lynch-pin of this hard-hitting narrative is Zuber, aka Z (a brilliant Ujjwal Chopra), a ruthless mafia don, with a finger in every pie of the crime scenario. Drug deals, flesh-trade and trafficking of minor girls, real-estate industry, cyber-crime and the dark network- you name it, he controls it. Every lucrative illicit network in Mumbai is owned and run by him. Z had taken over the crime business from the comatose mafia don, also his Mamujaan and foster father (Shahnawaz Pradhan), and transformed it into a flourishing criminal empire spanning continents. Mamujaan is now out of his coma and wants his business back. Z, obviously will have none of it, and plans to eliminate Mamujaan. Z is also the unseen force that causes the lives of our five, aforementioned protagonists to be inextricably linked together– each is a part of the whole that is Z’s massive realm.

A determined CBI officer, Sandesh (Sanjay Bhatia, also the co-director of the show) pursues Z’s crime syndicate doggedly, hoping to collect enough evidence to nail Z and put an end to his criminal empire. In the course of his pursuit, the five disparate people– pawns in Z’s sprawling crime consortium– come under his radar. There’s Nisha (Yogini Chouk Borhade), a prostitute-turned-social worker, working relentlessly to save girls from being pushed into the flesh trade. Mangesh (Prammod Sanghi) is a speech-impaired mechanic, angry, frustrated, given to uncontrolled bouts of anger and primed to gain entry into the world of crime, as Z’s personal security guard. Pradeep (Rajesh Balwani) is a real-estate broker, coerced into becoming a builder by Z’s business sidekicks, and who gets embroiled in the world of dubious real-estate projects. Joy (Ram Menon) is a coder-hacker who specializes in providing his clients with cyber-snooping, hidden cameras, phone/computer hacking services and the like. He’s contracted into the dark network- a dark, dark world of cyber-crime run by Z, courtesy a phoney hidden camera deal that quickly goes awry, leaving him ensnared into working for Z. And last is James (Sharda Nand Singh), a drug addict cum petty drug peddler, who inadvertently sets off the chain of events that bring Z’s empire under the scrutiny

We see the entire series through the eyes of the CBI officer Sandesh, as he narrates the case to his colleague. The show is populated with other interesting characters as well. There’s Fayyaz, a hard- nosed drug dealer, gutsy enough to take on the might of Z. Fayyaz is played with consummate brilliance by Hyderabadi actor, Priyadarshi Pulikonda. There’s also Teena, Z’s girl, who deals and kills on his behalf, both with equal ease, Zaheer, Z’s sharp-shooter par excellence and many more. All these characters together lend Hankaar a unique, engaging flavour.

Hankaar is a fantastical and grandiose depiction of the trials and tribulations of the people that make up Mumbai’s seedy underbelly. It takes us into the heart of Mumbai’s drug dens and red-light areas, relatively familiar scenes from the umpteen movies focussing on Mumbai’s underworld– or so we thought– until Hankaar came along. We guarantee that, after watching Hankaar, you will look at Mumbai, and its citizens, with new eyes.

The strength of the show is the superbly etched out characters. They are fleshed out so well, that one understands, swiftly and effortlessly, where each one comes from. The ensemble cast, comprising some of the finest actors from the world of theatre, television and films, lend teeth to the spell-binding story. The show is directed by Sanjay Bhatia, Ravi Iyer and Yogi Chopra, while Tarun Rajput serves as the creative director. 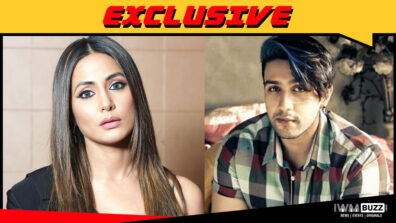