Confessional films are cathartic for the filmmaker. They need not have the same effect on the audience. I remained largely unmoved by Shia LeBeouf’s dramatic and traumatic but emotionally sterile travel back to his childhood to confront the demons of his past.

The film focuses on his extremely troubled relationship with his felonious father who looked after the child’s reasonably successful career as an actor. The perceptive Otis (played by the beautiful child Noah Jupe) points out to his rudderless dad that the only reason they were together was that Otis was the only one who would give his father a job. Truth, sometimes, is uglier than lies.

It’s a terribly troubled togetherness and the scenes between father and son explode in bouts of accusation and guilt. This is a parent-child pair that fills us with despair. Israeli-American director Alma Har’el shoots them together like a couple of bears in a box, circling and pummeling each other in pursuit of common ground.

The child should not even be there. The father (played by Shia who is playing his own father) is dangerous and self-destructive. The child is heartbreakingly desolate and grows up a nervous wreck. Both the child and grownup versions of Otis are played with marvellous insight, by Noah Jupe and Lucas Hedges, respectively.

The narrative plays a fascinating but disturbing hide ‘n’ seek with the child and his adult avatar, one feeding off from the other in a strangely destructive, symbiotic relationship. LeBeouf playing his own father is, as usual, terrific in a rebellious part. Can he ever play straight? He rips into his character’s soul tearing into the father’s troubled consciousness to find redeeming shreds of humanism.

For a film directed by a woman, the female characters are surprisingly few and shadowy. Otis’ mother is a mere voice on the phone. There is a lengthy sequence where the parents fight over the phone via Otis. The savagery of the squabble is palpable. As in many of the key sequences the boy actor Noah Jupe completely owns the emotions. It is hard to imagine what Honey Boy would be without this wunderkind.

I must say it’s sporting of LeBeouf to let the child take centre stage in a story that he clearly owns. Having said that, I must say I found the film short of truly moving moments except when little Otis is with his neighbour, a silent girl (credited as ‘Shy Girl’) who gives him the shoulder and bosom he so desperately needs.

When Otis’s father catches them together he accuses the girl of sleeping with his child.

“I didn’t f..k your son. You did,” the girl speaks up for a change. Pun intended. 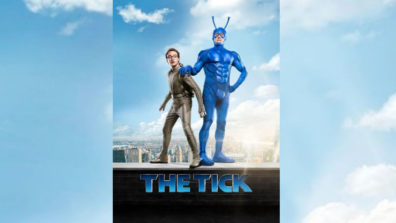 Gear up for superhero series The Tick on Amazon Prime Video