Review of Artemis Fowl: Too Clumsy and Ill-Conceived To Be a Decent Children’s Film | IWMBuzz
Digital | Editorial 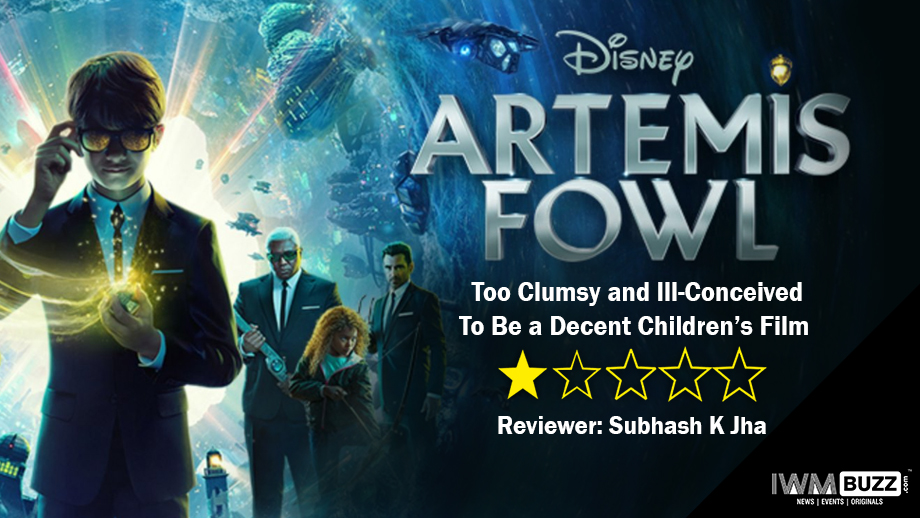 Have you noticed? Only one ‘e’ separates dude from a dud. The film’s little hero who goes by the fishy name of Artemis Fowl, and his associates in arms Holly and Juliet Butler (whose Uncle is actually Artemis’ butler) try so hard to be cool that they end up being the opposite.

These dudes are plainly duds firing blank bullets at green screens as the greenhorns let out collective bouts of screams hoping that somewhere the adventure story will stop being as juvenile as the young protagonists. Artemis Fowl is too clumsy and ill-conceived to be a decent children’s film. Grownups will yawn through the painfully long adventure saga that looks like a 3D vision shrunken during the time of the current crisis. Which is exactly what it is. But then weren’t we promised more by Disney, the dudes of bigness?

Sadly it’s not just the size of the screen that ties down the adventures of Artemis and his friends. It’s the sheer misuse of the epic vision, the subversion of the Star Wars/Indiana Jones tropes into something so callow and ill-conceived that it seems like a mockery of the 3D-sci-fi tradition .

Coming from the distinguished Kenneth Branagh whose Shakespeare adaptations have regaled us for decades, Artemis Fowl seems like a regression into juvenile senility, a sort of Men In Diapers after the Men In Black have aged gracelessly.

So what’s Artemis Fowl about? Does anyone really want to know? It begins with Colin Farrell(lately down in the dumps) making a distracted appearance as young Artemis’ globally notorious entrepreneur-criminal(something like Chandrachur Singh in Aarya). When Farrell tells his young co-star Ferdia Shaw(nicely done, son), ‘I have to go’ right at the start of the film, he sounds like he is making a hasty retreat into the potty from a party that is going to go horribly wrong.

What follows is neither fish nor fowl. Simply anarchic nonsense with goblins fairies and other other-worldly creatures swamping the screen in a show of FX that would probably impress a 7-year old who has never been allowed to watch television.

I would forgive all the monstrous leaps of imagination. But to cast Dame Judi Bench as an alien is simply unpardonable.

Really Dame Judi, was it the zeroes on the paycheque? Or did Mr Branagh fool you into believing he was a filming a new never-published work of Shakespeare.

Shakespeare should sue the director for going from the Bard to the worst.

Also Read:Review of Penguin: Is The Turkey Of The Year

I never imagined myself playing Makhanlal Tripathi in Nachaniya: Parag...