Billions on Hotstar makes for a classy watch It is all about money…. honey.  Well, this epithet finds a resonance with classy, edge on seat drama Billions streaming currently on Hotstar.

The show traces the cat-mouse fight between US attorney  Charles “Chuck” Rhoades (Paul Giamatti) and a crafty Hedge fund operator Robert “Bobby” Axelrod  (Damian Lewis, Band of  Brothers fame), who has made millions via insider info.  Both sides use every trick in the book legit or otherwise (blackmailing an attorney office exec to get advance info) to get upstart. The entire Season 2 is uploaded on the above popular Star network OTT platform.

There is a little bit of frontal nudity but it forms part of the narrative and does not seem forced like in desi web series. One scene which is indeed impressive is when Bobby takes revenge for childhood slight from a rich family. This shows basic human tendencies. The popularity of the show back in US depicts how much the average hardworking Yank hates corrupt rich Wall Street dealers who have links with Washington DC.  Chuck flying in a chopper and buying an expensive ocean side pad panders to that hate.

There is no major meandering of plot, we hope similar scripts are weaved over here in form of limited series. The director and editor seem to know their job well for flow is smooth and overlapping of scenes is not disjointed.  Another plus for me is the fact there is no over the top acting, as performances blend beautifully with the story flow. The setting is also spot on.

The intensity of the story can be gauged by the fact that run time is 50 min plus and since people have subscribed there are no breaks in between. So, creatively it is challenging to keep up the pace.  But here, the mind game Chuck and Bobby play make you want binge watch the entire season. The only down side is the too much use of financial market jargon (there was no attempt to explain what short sale mean), not all viewers must be trading on Dow Jones or the Nasdaq to get the point at first place.

One big take-away is that the protagonist and the antagonist are not young adults.  They are mature men/women with kids. This also makes sense for you don’t become so powerful (like US attorney or rich man) so early in life. Also looks alone don’t count as solo casting criteria (as here), acting and looking the character are equally important. Every actor fits his /her brief.

Since most prime time western dramas don’t run for more then 12-24 episodes per season, the writers get enough time to work on the plotlines and make them more focussed. The actors also get enough break to recharge batteries, hence don’t appear jaded on screen. 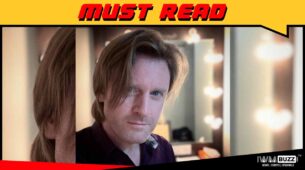