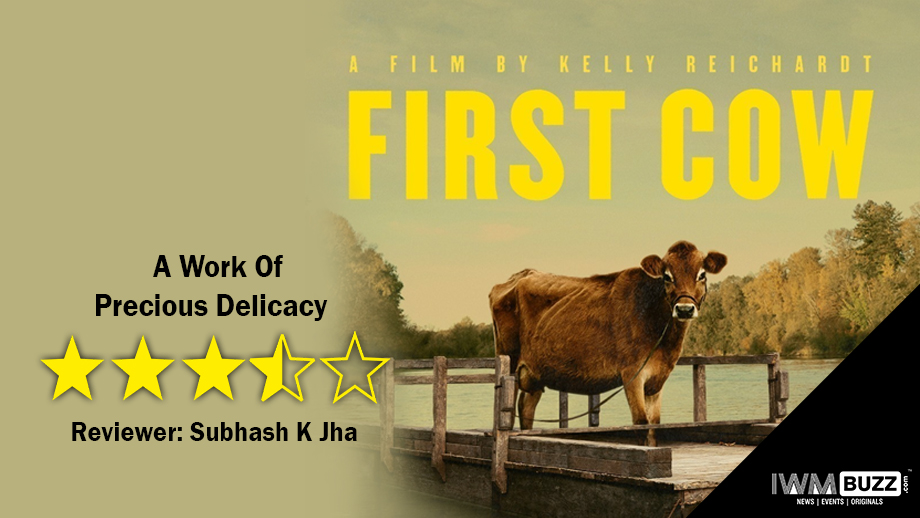 There is a smacking elegance about the way this film takes us back to America in the 1800s. Periodicity is never an issue in First Cow. Character- study is. And that’s what impels our attention into submission as the film follows the unlikely friendship between a travelling chef nicknamed Cookie(get it?) and a Chinese man King Lu who share a friendship, a ramshackle home, and a penchant for making money by milking the local wealthy man’s cow in the night.

The main attraction here is the fable-like, the dreamy landscape that the director creates in the lush thick jungles where we feel a distance danger lurking, a threat that we never can pinpoint because outwardly everyone seems civil and normal. Cookie and King Lu begin a new business together of selling delicious baked delicacies to the locals, a chore that demands the participation of the only cow in the region albeit without permission from the powerful owner.

Cookie cajoles the regal cow to part with its precious milk every night. The bond he builds with the cow, tenderly whispers to it as he works on its udders, is a process of give-and-take that only a master storyteller could have put on screen with such authority.

First Cow is a work of precious delicacy held together by actors who seem to belong to the era that the narrative so vividly embraces. John Marago as Cookie has the kindest face you will see in a long time. His befriending of a Chineseman at a time when China has given us much reason for distrust confers the film with a political innocence that most viewers will find amusing.

Some will say the film has its head buried too deep in the sand to qualify as anything more than a fragile parable on ambition and greed. Even on that level, First Cow is a very special work of art. Believable in its dreamlike state, adorable in its affection for its characters comprising mostly men who live in a state of perpetual uncertainty.

Also Read:Review of Freaks: Will Freak You Out In These Tough Times