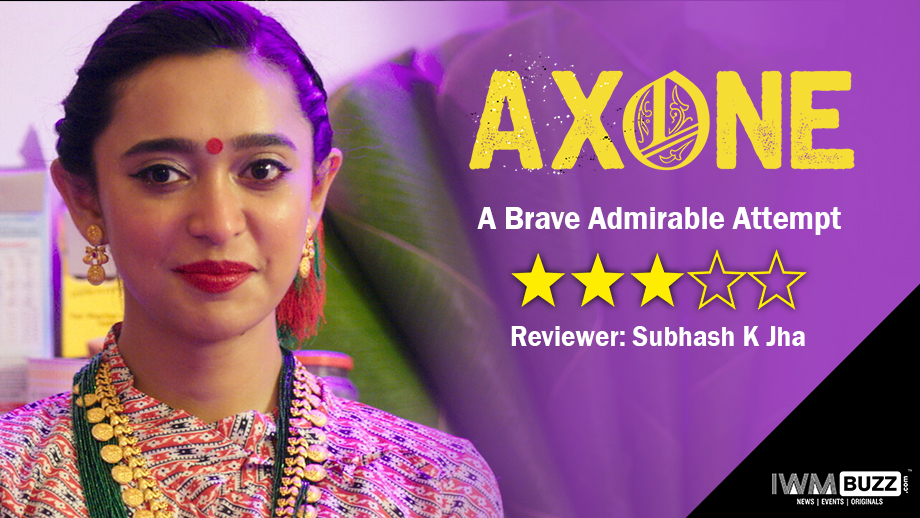 Written and Directed by NICHOLAS KHARKONGOR

It may seem like that right now. But racial discrimination is not peculiar to America. In India many communities and cultures have suffered generations of prejudice and violent attacks.

It’s a sign of the times that a film on the hardships faced by North Eastern students in Delhi has come for cinematic scrutiny in a film that combines culinary distinctiveness with cultural immersion in a cinematic language that’s interestingly hybridized. Not everything fits. There are portions when the writer-director seems to put too much on his plate.

But the pungent North-eastern pork dish named Axone serves well as a metaphor for culturally distinctive people who fail to create a sense of belonging when away from home and insist on creating their own cultural island in the metropolitan bustle. Admirably, director Nicholas Kharkongor takes no sides. If his North-eastern characters are victims of an ethnic subversion, they are also responsible for their plight.

Sayani Gupta, a fine actress when given some meat in her part, sinks her teeth into the pork dish with a deep understanding of the dynamics that drive migrants into an abyss. Gupta plays a Nepali and hence a bit of an outsider even in her North-Eastern circle of friends. But from outside she’s one of ‘them’ facing rude comments like, ‘All of you look the same.’

The director’s strong views on segregation come through in some well-written scenes of street violence. Chanbi (Lin Laishram, beautifully sullen) is slapped by a Delhi lout for protesting against his eve-teasing. Later when the perpetrator’s father intervenes to discipline his son, Chanbi remarks sarcastically, “Aap hi se sikha hoga.”

Most uncalled-for and symptomatic of the constant victim syndrome that people from outside the mainstream suffers from. In the beginning, there is poor Bendang (LANUAKUM AO) trying to learn a Hindi song(Uthe sab ke kadam from the film Baaton Baaton Mein). Symbolically, he masters the words and the tune at the end. But not before he insults a helpful over-friendly Delhi boy Shiv (Roshan Joshi) who’s seen trying to help the North-easterners all through the narrative only to be rewarded with smirks and rolling of the eyes.

Prudently the narration suggests that perhaps a part of the problem being faced by minority communities is their own persecution complex. Perhaps if marginalized people stop licking their wounds all the time they can inculcate a sense of belonging in the mainstream society.

The film has some lovely contemplative moments and the culture-specific cast captures the spirit of the script. While the marginalized characters bustle their way through a series of misadventures the director pulls back, lets the characters breathe. A luxury they can rarely afford in real life.

Axone is a film that must be seen by everyone who has suffered discrimination or abuse. It may not have achieved the heights of self-expression that it seems to have set for itself, but it’s a brave admirable attempt.