Son of Abish makes for a fun watch... 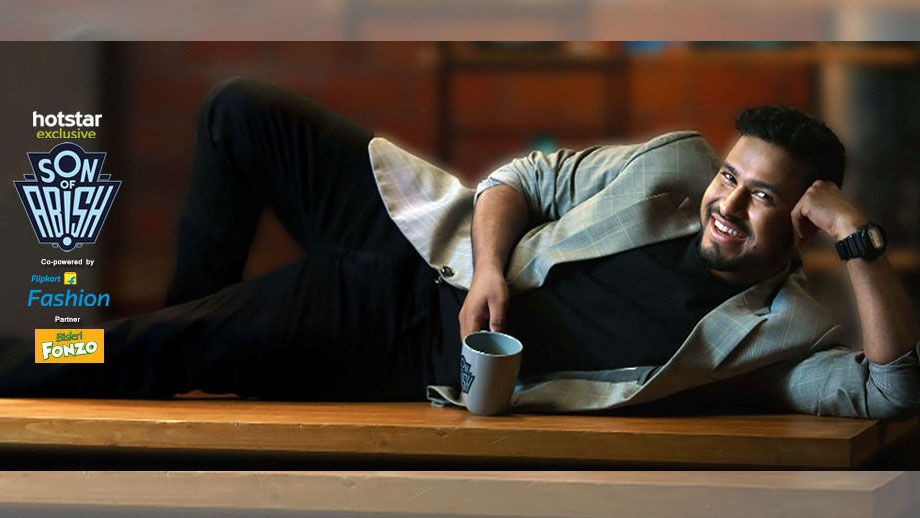 Humour is a many-splendored thing. Its shape-shifting quintessence allows it to take many forms, moulding itself to the whims and fancies of the humourist. Slapstick humour, toilet humour, stand-up comedy, improv comedy, black humour– one emotion, so many forms; o ye humour, thou art truly deceptive!

And then there’s humour of another kind. It is also the reason for this contemplative monologue on humour. Intrigued? Well, here’s the deal- we’re talking about the mother of all comedy shows– Son of Abish Season 4– streaming on Hotstar, every Friday evening. So, for all you fans of Abish Mathew out there, here’s a lowdown of the show- the lows and the downs, as well as the highs and the ups….errr….forget our rather lame attempt at being punny, we mean funny, and let’s dive headfirst into the magnificent (funny) manand his flying-high machinations….

The show is basically on the lines of a chat show, embellished with enormous doses of subtle humour. The humour is the kind that will instantly charm the sophisticated, with-it, urbane Indian, fed on a discerning diet of American late night chat shows.

Each episode features a celeb from the world of entertainment; in the three episodes streamed until now, he had Yami Gautam, Nakuul Mehta and Abhay Deol sharing the couch with the luminaries of humour– Kenny Sebastian, Biswa Kalyan Rath and Sumukhi Suresh respectively.

The show is basically on the lines of a chat show, embellished with enormous doses of subtle humour. The humour is the kind that will instantly charm the sophisticated, with-it, urbane Indian, fed on a discerning diet of American late night chat shows

That Abish Mathew has a divinely special talent to tickle our funny bones is a given. We’ve been familiar with it ever since he burst onto the stand-up comedy scene. That he can elicit humour from his celeb guests too, is something that leaves us awed and flabbergasted.

So, while the comedy bigwigs are hilariously funny (obviously! It’s their bread and butter after all), even the invited celebrities indulge in horsing around, sharing funny anecdotes and what have you, making us laugh and laugh until our sides ache. Even the oh-so-suave-but-painfully-staid Nakuul Mehta and Abhay Deol let go of their inhibitions and engaged in cheerful, witty banter with the host and the comics. And full marks to Abish for that.

The comedians on board were in their element. Kenny Sebastian, with his poker-faced delivery of one-liners, had the audiences in splits. Biswa Kalyan Rath made us laugh out loud, even while he let out a few well-kept secrets- fans of Biswa will have a keen interest in this one- well, he let the audience in on, hold your breath….the story behind his trademark, “Aye tatti tera naam kya hai?”! Yes, and it was uproariously funny, really! Sumukhi Suresh, that doyen of black humour, was every bit as acerbic and amusing as we expect her to be.

Along with the usual chit chat, the show features an interesting segment where the guests play crazy games, much to the delight of the audience. It is fun to watch one’s favourite celebs participating in hilarious, over-the-top games, with huge dollops of humour thrown in for added effect. The games are pretty madcap; and the guests, as also the audiences, seem to enjoy this segment to the hilt.

Not satiated with the overdose of humour in the first three episodes, our greedy selves just can’t wait for the remaining ones to stream. The show is a veritable smorgasbord of clever lines, dry humour and full-on fun, all served up in the appetising platter of warmth and bonhomie. Time just flies whilst watching it, and before one knows it, the episode’s over.

The show is fun, the humour, enriching, and the celeb guests, an eclectic mix of TV and Bollywood. Everything is fine, except for one thing- the stand-up comics that share the couch with the celebs, well, it’s the usual suspects…no surprises there. The show could definitely do with a new set of comedians gracing the show. Watching the same old faces every season breeds a sense of ennui in us, the audience.

All said and done, Son of Abish Season 4 is a worthy successor to the previous, wildly successful seasons. Watch it for the cutting humour and the tomfoolery. Watch it to revel in the feeling of lightness of being and gleeful delight. Watch it for Abish.