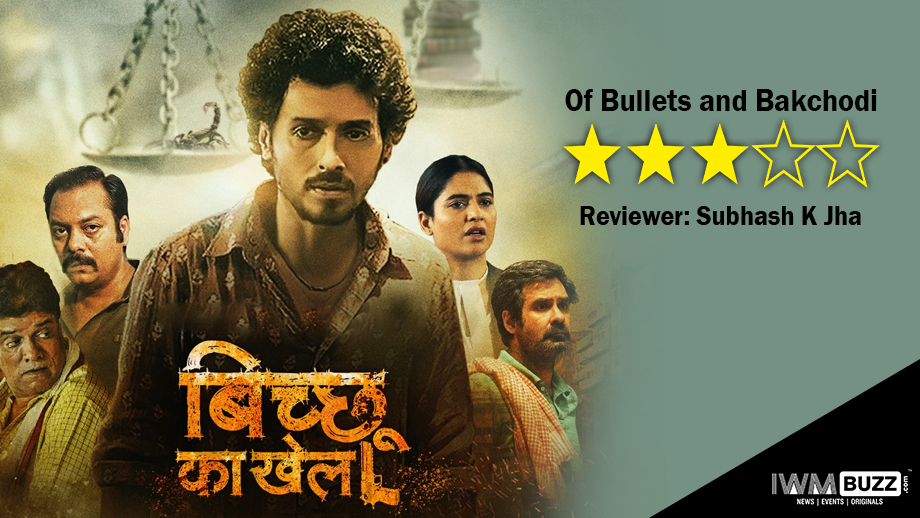 Some more mayhem and maha-mari in the land of bakchodi and maara-mari. The stinkiepoo small-town formula which started on the big-screen with Anand Rai’s Tanu Weds Manu then went in Barelli Ki Barfi. That formula has now stagnated into a bomb ka gola exploding erratically in and around the backwater of Uttar Pradesh.Ganga maiyya ki Jai ho!

I liked the cheesy camaraderie between Divyendu Sharma and his screen dad Mukul Chadda. While Daddy has his little fun on the side , Beta stands guard outside…If you think that’s cringy,then well..you are in the wrong place. The mofussil mayhem and the tawdry titillation of the cow belt is by now a streaming reality. Deal with it.

Sadly the father-son locker-room bonding ends all too soon and Divyendu’s Akhil Bhaiyya goes on a revenge rampage that involves seedy politicians, sexually active women and corrupt cops, all of whom share a common affinity to foul language and high-octane pulp drama.

The formula seems tried & tested. Nonetheless Divyendu is an actor who refuses to be daunted by repetition. He works towards making Akhil Bhaiyya far more amusing and far less intimidating than Munna Bhaiyya.

But seriously, it’s time for an image-change for Divyendu and the series on desi spaghetti westerns with the body count being matched by the bawdy backchat. Bullets and Bakchodi, it is.

Also Read:Review Of Manta Ray: A Tribute To Satyajit Ray