“Friendship isn’t about who you’ve known the longest. It’s about who walked into your life and said, ‘I am here for you’ and proved it.”

Well, Tigmanshu Dhulia’s latest offering ‘Yaara’ starring Vidyut Jammwal, Amit Sadh, Vijay Varma, Kenny Basumatary and Shruti Haasan in lead roles seem to be propagating exactly that message to the audience. Add to that, if the film starts streaming on ‘Friendship Day’ itself, could it get any better? So what does Tigmanshu Dhulia’s Yaara really looks like?

Well, like every film requires a certain plot to carry forward the narrative, the same for Yaara is the essence and beauty of ‘friendship’. Phagun (Vidyut Jammwal) and Mubarak Mitwa (Amit Sadh) are two friends who been there for each other since childhood. They are friends because their fathers were friends. Everything seems hunky-dory till they lose their fathers. Their rock-solid friendship hit challenges and they resort to illegal and unfair means out of ‘helplessness’ and poverty and seek shelter in the dark and life-threatening alleys of the underworld. They both witness Phagun’s father being shot dead and swear vengeance, tottering guns at a tender age. Both Phagun and Mitwa set off for their illegal crime journey and from the sand dunes of Rajasthan to Indo-Nepal border, their smuggling sojourn soar.

As they swell their empire, they eventually, meet Bahadur (Kenny Basumatary) & Rizwan (Vijay Varma) and the gang of four friends earns the sobriquet ‘Chaukadi Gang’.

‘Chaukadi gang’ is inseparable and unmatched. From smuggling guns and other illegal products to the production of fake liquor and looting banks, they are the bad boys of the town, with swag. The dreaded ‘Chaukadi Gang’ of the ’70s from the hinterlands of Uttar Pradesh keeps getting more and more threatening and menacing, thereby making it all the way more difficult for the local police to nab them. Also, ‘greed’ is that one cardinal sin of life which never really has an end. No matter how much we already have, greed makes us hunt for more. That’s exactly what leads the gang to expand its activities to Delhi. However, there’s a twist in the tale.

The handsome lads meet Sukanya (Shruti Haasan) who’s involved there with a leftist militant outfit. Phagun resonates with Sukanya’s ideals and soon they have something brewing between them. But the bigger question is, can acts of loot & murder have a happy ending? Well, not really.

Soon, the four dreaded gangsters get nabbed by police and are sent to prison.

Once they complete their punishment and trial, they decide to start life afresh, minus the crimes. But dark past is like a shadow, keep re-appearing.

What happens next is for the viewers to watch on ZEE5. No more spoilers here.

Yaara connects, thanks to some meticulous performances. Amit Sadh is the flavor of the season, belting out one great performance after another. Vidyut shows conviction while Shruti Haasan, Vijay Varma and Kenny Basumatary hold their own.

Director Tigmanshu Dhulia does a commendable job in getting a perfect cast together and he pays attention to details. From getting the right look to the typical UP gangster accent, he focusses on the necessary and lends the movie a veneer of realism.

Yaara is an entertainer which rides high on emotions and some commendable performances. Long live friendship!

Also Read: Review of ZEE5 series Mafia: The Perfect Setup For A Thrilling And Gripping Plot 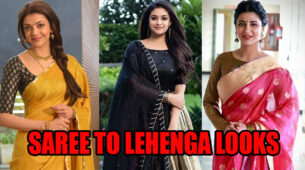