Atul Khatri’s official website states that he is one of the best comedians in India: and we must confess, the claim is absolutely apt. A CEO turned stand-up guru, Atul is intelligent and witty to the core. He is sharp in his thoughts and articulates with absolute clarity. When on stage, he is rambunctious and his gift of the ‘funny’ gab has earned him respect.

Here, in an exclusive chat with IWMBuzz.com, Atul talks about the art of stand-up comedy, his take on trollers, journey ahead and more:

Tell us…how difficult or easy it is to be funny?

Being funny is all about how you are as a personality. Some people don’t find the best of jokes funny at all (smiles). Kuch bhi ho jaye hasunga nahin (no matter what will not laugh at all) Now, writing jokes to make people laugh is indeed difficult and is becoming more difficult as things move very fast these days, thanks to social media explosion. If a Sanju joke is in vogue, everyone makes memes out of it. You have to be quick or else you lose the flavor. Furthermore, there are many jokes in circulation on a certain topic. As a stand up, when someone pays and comes to watch you, you have to rise above them. Stand-up comedy is still a very new thing in India and people feel that we create one hour show on the spot. People get shocked when you tell them it’s scripted. Fans see me today and then again when they visit couple of days later, they say, “sir, yeh to apne pehle bola hai’ (you have already said it). I tell them if you see Dangal ten times, Aamir (Khan) won’t become a cricketer from a wrestler.  Hence, I tell them if you have seen me today, come after six months. So, stand-up comedy as a genre is still evolving and awareness is still being created.

When it comes to your jokes…where do you draw major inspiration from?

It’s funny but if you open Times of India you will have four hours of material staring at you. Our country is diverse and so is the news around us. We take nuggets from current affairs, we make political jokes, it’s a mixture of all. It’s the variety which is more important.

How do you see the stand-up comedy scene evolve in India eventually?

It’s growing, hundred percent. And today, internet has helped bridge lot of gaps. Someone who is in Jabalpur and someone who is in Mumbai have access to same kind of data. They are exposed to all kinds of content. Thus, overall we have a larger market and greater opportunity.

When was the moment of epiphany when you said …that’s it…no more a CEO…let’s make people laugh?

(thinks) I started in February 2012 and in September that year I got paid for the first time. Then, I realized the potential in the vocation. Luckily, stand-up comedy was really opening up at that point of time. Later, I won CEO’s Got Talent in 2014. I gradually grew, got some good shows, joined East India Comedy and then I realized I was entirely drawn into it. For me, I had to balance between chasing my passion and taking care of family needs. Eventually, when I was confident enough to take a leap of faith and felt financially secure, I made stand-up full time career in 2018.

It’s funny but if you open Times of India you will have four hours of material staring at you. Our country is diverse and so is the news around us. We take nuggets from current affairs, we make political jokes, it’s a mixture of all

At times, you have been accused of agenda peddling…how do you deal with such accusations specially being a popular web influencer?

See, you have to be intelligent about your jokes. In today’s time it’s become a lot more difficult…

(we cut in) Do threats scare you at times?

Not really, as these are all trolls, run by IT cells of political parties. Let me tell you, as stand-ups we are mostly anti-incumbency, anti-corruption, anti anything which affects us. We pay taxes and still see potholes, it boils my blood. Trolls are everywhere and it’s a global issue.  They will be there but one has to continue doing his or her work.

Fair point…India, today, is seeing a certain web content explosion…with OTTs mushrooming rapidly…do you think, like many of your contemporaries, you too will create original content for the web eventually?

I, as Atul Khatri, will focus on stand-up comedy entirely. It takes many years to perfect your art. Having said that, web entertainment is at its best phase currently. Avenues are increasing, bandwidth is great, it’s all good for us. Stand-up comedy as art form, we have barely touched the tip of the iceberg, we have so much to do and much more to achieve.

Let me tell you, as stand-ups we are mostly anti-incumbency, anti-corruption, anti anything which affects us. We pay taxes and still see potholes, it boils my blood

Anyone you idolize in the stand-up comedy space?

This is the question I get asked a lot, but I would say, anyone who can get on a stage and make people laugh, I admire him or her. The space is comparatively new, hence, idolizing I don’t know, but in India I would say all my peers are doing a great job.

One good and one nasty stand-up comedy experience…

Winning CEO’s Got Talent is a great memory as my mother and father were in the audience and it was a proud moment for them. It was quite exhilarating, indeed. They saw me perform for the first time. Talking about bad gigs, I was performing at a dealer meet which had people from South East Asia. They did not understand much English and we had translators. I went on and finished my act but it was not a great experience.

Any final thoughts for our readers and your fans…

Go and watch live comedy. Support us and help us grow. Stand-up comedy is a wonderful profession. 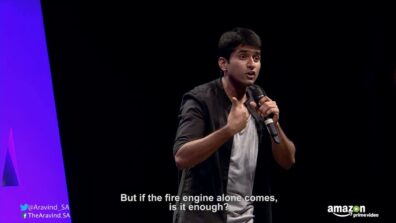 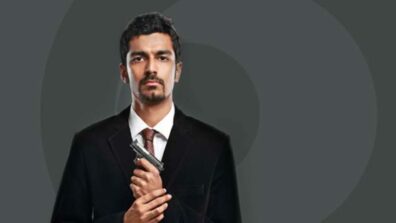 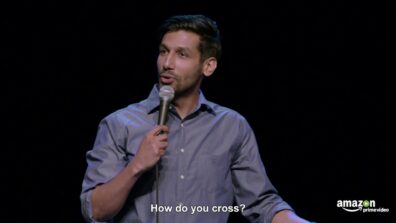