After much anticipation and wait, Hoichoi, has delivered what their fans have been waiting for since Dupur Thakurpo Season 1 dropped in last October.

Dupur Thakurpo Season 2 has started streaming from today, with the first 2 episodes out of 5 along with a promo of the show’s new song called “Boudi Superhit”. The peppy number starts with the back of a saree clad woman in a train compartment, surrounded by mesmerised boys offering her a rose, coconut water and betel leaf.

Thus, Jhuma Boudi is introduced and marks her entry in Kolkata for the first time as she gets down on the station. She is welcomed with rain and more men dancing around proclaiming her to be “superhit”. The song is sung by Trissha Chatterjee and Tapas Dhar, with a rap section by actor Saurav Das and composed by Amlaan Chakrabarti who garnered popularity with his hit number “Boudi Song” from Dupur Thakurpo Season 1 which currently has 2M+ views on YouTube. The full song will be released next week along with the remaining 3 episodes.

Haye Re, Tuki and Holi Song were launched before and have been well received by the audience.

The character of Jhuma Boudi is being essayed by Bhojpuri sensation and ex-Big Boss contestant Mona Lisa (birth name – Antara Biswas) who will be seen working on a web series for the first time, that too, in her mother tongue of Bengali. Dupur Thakurpo Season 2 also marks her return to the Bengal’s Entertainment Industry after a long term hiatus.

Mona Lisa, excited about this new prospect exclaimed: “Since I got the offer to play Jhuma Boudi, I have been waiting eagerly for the shoot to start! I had immense fun shooting the song sequences and as this is my first web content, I wanted to make sure I give my 100% for every bit of it.” Check Out!! Hot And Sexy Pictures Of Antara Biswas Aka Monalisa 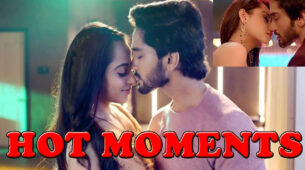