ALTBalaji recently announced the comeback of versatile actor Shweta Tiwari in their upcoming family drama ‘Hum Tum and Them’ has upped the ante by roping in young popular star Aashika Bhatia to its ensemble cast.

Aashika Bhatia, who is popularly known for her stints in Bollywood and television daily will now be seen portraying a pivotal role in the series. Aashika along with Bhavin Bhanushali will be seen as Akshay Oberoi’s children Vyoma & Aryan, in the show.

Speaking about her character Aashika Bhatia shares, “I am very excited to be a part of this project as this will be my debut in the digital space. I am also very grateful to have the opportunity to work with a television veteran, Shweta Tiwari. The two of us share a very good rapport as I have played her daughter in the daily soap Parvarrish. My character in this series is very relatable to what I am in real life. My character Vyoma is a girl who loves to dress up, get pampered and be the center of attention. I hope my character and the show resonates with the audience and is much loved by them.”

The upcoming series revolves around a family drama and the pain that everyone goes through in keeping up with it. After all, a relationship is a commitment where giving up is always an option but making it work is a choice! 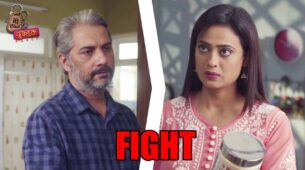