The teaser for Vikas Gupta’s keenly awaited web series, Puncch Beat, is out now, and viewers have fallen for it, hook, line and sinker. Whatever prolific content creator, Vikas Gupta, touches turns to gold. And when he decides to make a show, he does it with his trademark chutzpah and style. Anticipation soon hits a crescendo and his young audiences simply can’t wait for the show to start streaming.

It’s happened earlier. And it’s happening now. The teaser for Vikas Gupta’s keenly awaited web series, Puncch Beat, is out now, and viewers have fallen for it, hook, line and sinker. Professedly a high school drama, starring Priyank Sharma, Harshita Gaur, Siddharth Sharma and Khushi Joshi, the show promises to be one helluva tremendous watch, if the teaser is anything to go by.

The young actors, with a couple of debutants in the quartet, look terrific in the 1-minute promo, displaying the perfect mix of swagger and ebullience. Top-notch production values raise expectations sky high, while the feel and setting of the show are flamboyantly arresting. But it is the premise of the show that really grabs eyeballs. As the story unspools in the backdrop of the boxing ring, the pulsating exhilaration is palpable in every scene.

Vikas had introduced dashing Priyank Sharma first onscreen on Pyaar Tune Kya Kiya and now is launching in him the web space with Punchh Beat. It reminds us of the scenario when Karan Johar had presented Siddharth Malhotra and Varun Dhawan in Student of the Year.

Kudos to Ekta Kapoor who has her own Karan Johar in form of Vikas and have created her own Student of the Year universe for ALTBalaji.

Judging by the riveting trailer, Puncch Beat promises to pack in quite a punch. The show is set to stream on ALTBalaji. 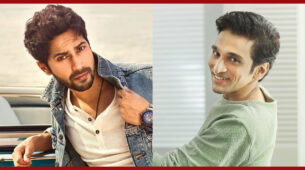 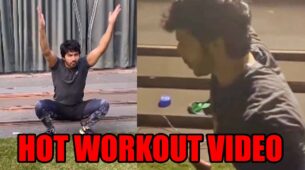