The digital streaming platform ErosNow seems to have put its foot in its mouth. In a string of ads for Navratri the production house has not only endorsed the vulgar behavior at dandiya functions which is condemned every year during this festive season, it has also dragged inBollywood’s A-listers in its highly compromising marketing plans.

In one ad, Karina Kaif is seen supporting the lines, “Do you want to put the Ratri in my Navratri?” In another equally crass ad Ranveer Singh is shown endorsing the lines, “Let’s have some majama in my pyjama.”

While ErosNow has since then apologized and taken down the ads, it is still a mystery how this kind of impudent remarks on a sensitive religious issue was allowed to be put out for public consumption during these times of acute religious sensitivity.

“It just smacks of such bad taste and worst marketing,” says a very prominent filmmaker who has been associated with Eros in the past. “Firstly to make a vulgar comment on a religious festival then to drag Ranveer and Katrina in it…what were they thinking?” 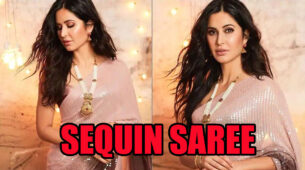