Which web series season 2 are you excited for - Breathe or Abhay? 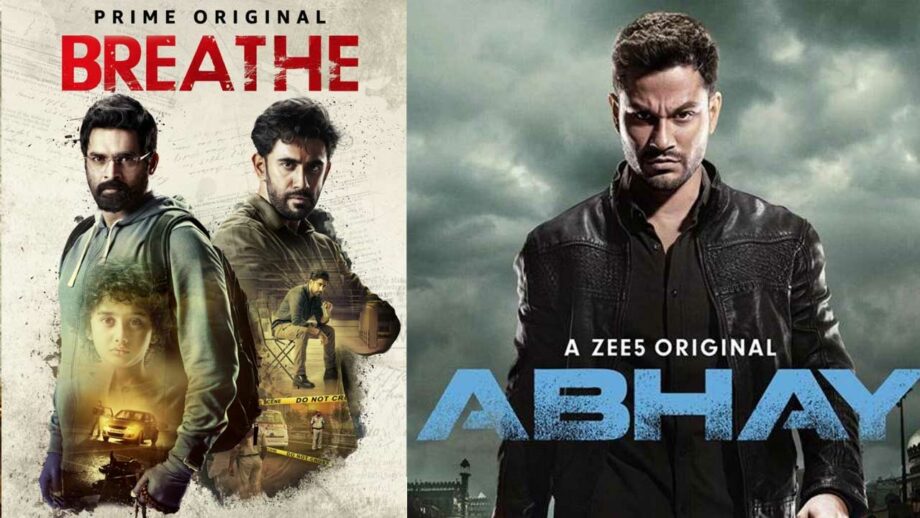 Breathe is an Indian crime drama web series. It premiered on Amazon Prime Video on 26 January 2018. The series is all about two desperate and driven men, who must engage in the ultimate cat and mouse game to save the one they love.

Together, Madhavan and Amit Sadh have managed to elevate this otherwise-average series into a moving masterpiece of human emotions.

Amazon Prime is all set to return with the second installment of its thriller series Breathe, which featured the stellar star cast of R Madhavan, Amit Sadh, Sapna Pabbi and Neena Kulkarni, and created quite a buzz due to its unique plot and gripping storyline.

On the other side, there is an Indian web series named Abhay. The lead actor is Kunal Khemu in the title role of a cop from the Special Task Force, who investigates crime cases. Cases are based on real-life incidents. Abhay’s character is completely fictional.

The serial murders, cannibalism, sexual abuse, and necrophilia in a small village in the suburbs of Noida had left everyone stunned in 2006.
Abhay, who was until this point a tough special task force officer, suddenly turns into a psychopath, who is obsessed about the security of his son. He is always haunted by the thought of someone murdering his son.

Each episode of the ZEE5 original is inspired by a real-life incident.

Both web series are amazing and audiences are excited for the second season of both the series.

Which web series’ season 2 are you most excited to watch?