TikTok star Faisu is a young budding artist. He has millions of Instagram followers and also fans on TikTok (now banned). Not only are females crushing over him, but even numerous male fans follow him for his hairstyle and modeling shoots at exotic locations, and all this has made him an inspirational figure.

On Sunday, the students of Jamia in New Delhi were protesting against the Citizenship (Amendment) Act brought by the BJP-led Central government. Later, the police crackdown at Jamia Millia Islamia on Sunday evening, where the Delhi police entered the university without permission from the Vice-Chancellor and indiscriminately attacked students, has been widely condemned. Faisu too took to Instagram and shared a post wherein he saluted the Indian spirit. 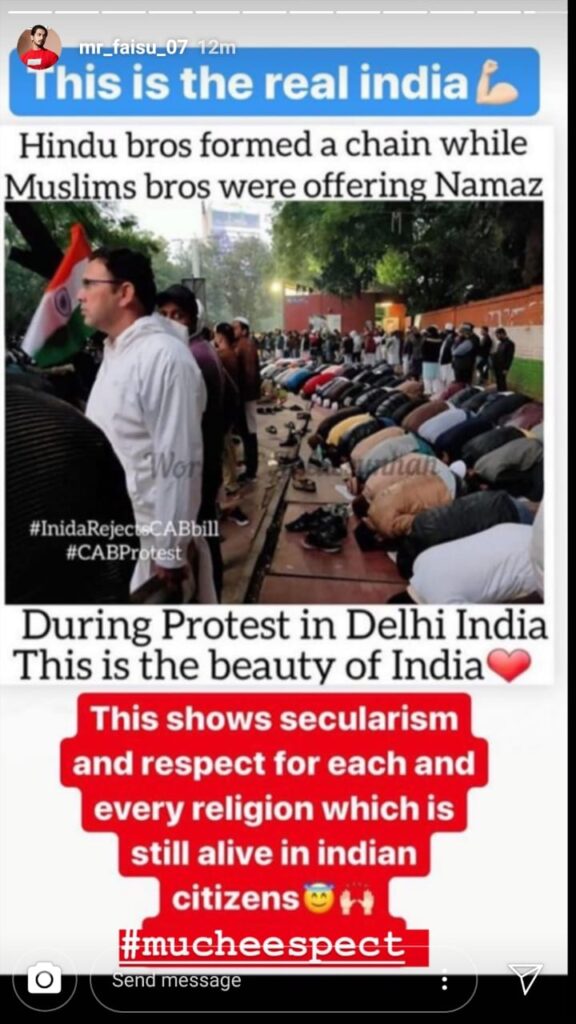