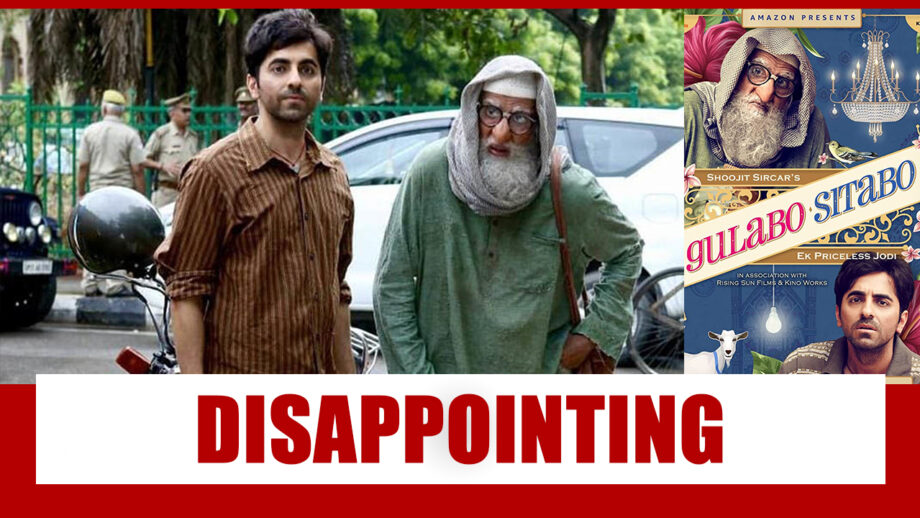 It is here at last. Shoojit Sircar’s big-ticket Bachchan-Khurrana starrer, where the trailer tells us Khurrana eventually gangs up with archeologist Vijay Raaz to teach the old man a lesson. This is the gist of the plot as projected into the trailer. Is it interesting enough? No. Does it have the potential to grow into something interesting? Yes, quite possibly.

After Shoojit Sircar’s Piku, Mr Bachchan once again plays a cantankerous old man. In Piku he had a ridiculous pillow as a prothetic paunch. Here the external props to make him look older, crankier and , errrr, Islamic are pretty much in the mood of exaggerated drama that the whole presentation exudes.

Khurrana is remarkably confident taking on the mighty Bachchan. In fact a day before the trailer launch the two actors along with Sircar did a trailer introduction on video that was more interesting than the trailer. It had Ayushman playing ‘the star’ on video-conferencing as Mr Bachchan played the patient senior. Sircar just looked lost. Imagine, what one has to to make the trailer launch look interesting during lockdown…Sircar’s sullen face suggested.

Throughout the campaign to promote Gulabo Sitabo I suspect the stress would be to show the co-actors squabbling. The mock-fight between Ryan Reynolds and Hugh Jackman is interesting because they want us to know it’s a charade. Mr B and Khurrana take the fight all too seriously.

There is an element of audacity to this conflict. Khurrana so junior to the legendary Bachchan bold enough to give the old man tit for tat.Wow, what guts, man! Coming from a gutsy actor this is in character. At one point in the trailer Khurrana suggests that Mr B adopt him to avoid a property dispute. Mr B heckles the junior actor out of the room.

No doubt Round 1 goes to Mr Bachchan. But what after that? So far the feature films released on the OTT platform during lockdown have been duds. Will Gulabo Sitabo reverse the trend? Or is it just one big-screen product better off on the OTT platform?

Amitji, You are one of your kind