Jaya Bhattacharya to be seen in an upcoming web-series The elegant and effortless performer, Jaya Bhattacharya has done it all with élan on TV!! Her performances to be remembered run in all genres on TV, and now the talented performer will foray into the digital space with a today’s role, which will be very interesting.

Jaya will be seen in the upcoming web-series, to be streamed on Viu India titled Try-Sexuals, produced by Victor Mukherjee and Neha Anand.

We now hear of Jaya playing a motherly role in the series. However, she will be a mother of today, extremely open with a modern viewpoint and approach.

A credible source tells us, “Jaya will be playing the mother of Rajat Barmecha. The bonding between the mother and son will be very different, and will harbour more on the lines of friendship.”

When contacted, Jaya confirmed the news to IndianWikiMedia.com.

Jaya was last seen on TV in Thapki Pyar Ki.

Watch this space for more exclusive updates from the telly and digital worlds. 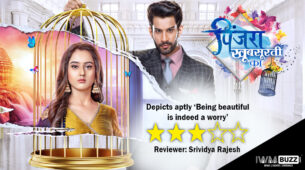