SonyLIV is gearing up to launch a new web-series named ‘Heartbreak Hotel’ which will be produced by Fabform.

We also mentioned about each episode of the series will be revolving around a unique story with different cast.

The actors have shot for the series and also had a wrap up party.

We reached out to the actors but did not get through to them for a comment.

When buzzed Uday Sodhi, EVP and Head – Digital Business, SonyLIV, he said, “Yes, this is a SonyLIV Original show to be released early next year with an exciting star cast. We have a great Line-up of Original Shows planned for the next year in Hindi and other regional languages.”

We buzzed the channel spokesperson, but did not get any response.

Watch this space at IWMBuzz.com for exclusive news and updates. 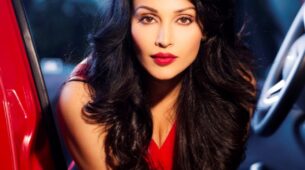