Karisma Kapoor opens up on the kids of Mentalhood. Read the story for more details The much-required lockdown to flatten the pandemic’s curve has been a game-changer for urban families with children. The upside to the lockdown is the quality time everyone is spending with their loved ones. After the initial hustle of having to manage their families while working from home, parents have now eventually found their mantras to deal with Mentalhood!

On that note, A BTS video surfaces on the internet where Karisma Kapoor appreciates these young, adorable and supremely talented kids of the show. She credits them for adding their innocence and truthfulness which are the most important elements of this series. At this young age, they have managed to entertain the audience and have won their hearts.

In the video, Karisma Kapoor says, “It has been so amazing! There are so many children on our set. They all are so well behaved and are doing such a good job. They are such amazing actors and so natural! That’s what is amazing about the show that there are so many kids and sometimes we would just improvise in scenes. One of the children would say something humorous and we wouldn’t cut, just carry on in the scene. All the kids have added so much into our show.”

ALTBalaji and Zee5’s Mentalhood, a series starring Karisma Kapoor, Shruti Seth, Sandhya Mridul, Shilpa Shukla, Tillotama Shome, Dino Morea and Sanjay Suri perfectly depicts the journey of Motherhood. This journey wouldn’t have been this interesting without the mini superstars of the show. The kids of this show have received a lot of appreciation for their spectacular performance at such a young age. What is a mother’s journey without her child’s mischief!

If you haven’t watched the show already, binge-watch it now on ALTBalaji and ZEE5 and be part of this crazy journey! Aishwarya Rai In Purple Lipstick Or Karisma Kapoor In Purple Shade: What Would You Choose? 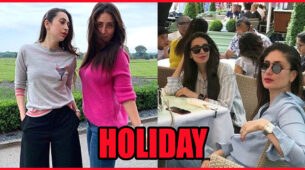 Here's How Kareena Kapoor And Karisma Kapoor Spend Their Holidays! 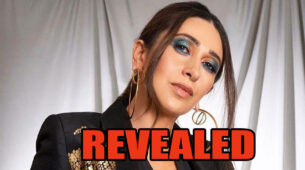 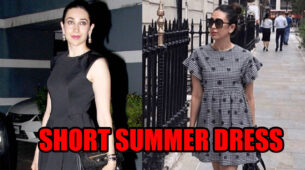 Check Out! Karisma Kapoor's Short Dress Summer Looks That You Will Surely Enjoy