The Last Confrontation – A short film on the final conversation of a couple...
Subscribe Now
Digital | News

Directed by Abhishek Mahajan, the short film, The Last Confrontation will set viewers on an emotional drive. 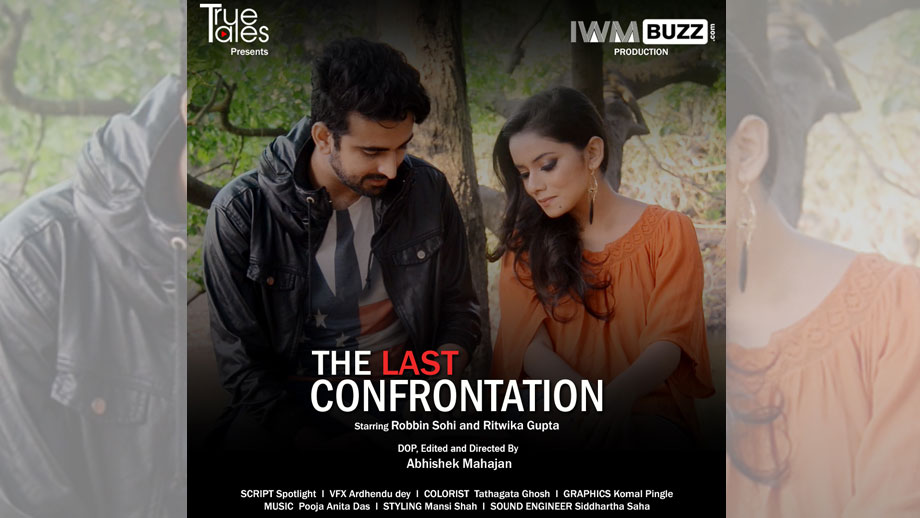 Directed by Abhishek Mahajan, ‘The Last Confrontation’ is a short film which stars Ritwika Gupta and Robin Sohi. It revolves around the very last conversation a couple has in their relationship.

Love is said to be blind, innocent and hopeful but not all love stories end on a happy note. The toughest thing in a relationship is sometimes accepting the inevitable – that it is over.

“The Last Confrontation” is a 4-minute short film that revolves around the very last conversation a couple has in their relationship. The most refreshing thing about the film is not just the actors but also the fact that it does not have a single dialogue.

The film relies on comforting background music and a voice-over narrating the story and realistically showing a conversation between a couple, which steers from the first time they met, to their common love for cupcakes and their last confrontation.

Abhishek Mahajan, director of the film and founder of True Tales Productions, says, “The story is inspired from both real life elements and fiction. He feels that the audience will definitely connect to a story about unrequited love.”

The short film is produced by IWM Buzz, the digital media network, which previously produced the popular chat show, “Showbiz with Vahbiz” and this one is their first short film production.

“The Last Confrontation” stars Ritwika Gupta and Robin Sohi in lead roles. Ritwika, who has been anchoring lifestyle shows on television, is from Singapore and comes from a theatre background. She has appeared in ads and is a popular blogger too.

Talking about her character and how similar it is to her in real life, she says, “We often come across situations in life where we find ourselves at crossroads. I try not to hurt people in that process and that’s exactly what my character does. However sometimes, it’s inevitable”.

Robin, who has acted in Hindi films and music videos, says it was fun wrapping up the film in just 2 days. Robin will also be seen as the lead actor in a movie titled, ‘Raja Abrodiya’ this month. Speaking about his character, he adds, “Every guy will relate to this story, it’s very real and things like these happen in real life”. From Ritwika Gupta To Sadia Khateeb, 5 Talents To Look Forward To In 2021 I get to play with varied shades in Sanjivani 2 by being the not-so-heroic Dr. Aman: Robin Sohi