The pay and watch option renders the producers with new marketing possibilities.

Mainstream TV OTT was launched when the world of Malayalam moviegoers barely had any options to watch and enjoy movies. Our first Direct to Digital Premier Musical Chair had an immense reception across Malayalam speaking audiences, especially at gulf countries and the number of viewers from Angola, Libya, New Zealand etc. shows the reach of Mainstream TV app.

Musical Chair enquires the hidden truth behind death. The uniqueness in the theme is what makes Musical Chair different. Death still remains an unanswered question to the ever genius human race. Vipin Atlee is giving a new definition to death which is quite simple and understandable even for a normal audience. Apart from being the director, Atlee made memorable acting sequences as well in the movie.

You can book the “Balcony Ticket” in Mainstream Tv and enjoy the movie same way as you enjoy it in a theatre. The viewers enjoys Mainstream release Musical Chair equally as they enjoy Amazon release Sufiyum Sujathayum. A bunch of brand new movies are waiting to be released through Mainstream TV and will reach the viewers soon.

Mainstream Tv puts forward numerous marketing and entertainment possibilities. It renders a super-wide release for the movies so that the viewers from Trivandrum and Brooklyn can enjoy the movie at the same time. Audiences from anywhere around the world with access to the internet can enjoy the movie as they enjoy a movie in the theatres. This pay and watch which helps the producer to receive revenue directly is fault free and secured. We can avail the ticket range according to the producer’s requirement. One can purchase the “balcony ticket” in Mainstream TV through India’s secured banks such as SBI, HDFC,ICICI etc. Mainstream TV had made sure that the payment gateway is faultless and highly secured.

Siva, the founder & CEO of Mainstream TV says, “A producer goes through immense pressure during a movie release. Mainstream TV could somehow reduce this anxiety. The producer can see the number of views and locations from which the movie is viewed. This gives clarity for the required promotion. The producer could also receive the revenue collected for his movie within 30 thirty days.” 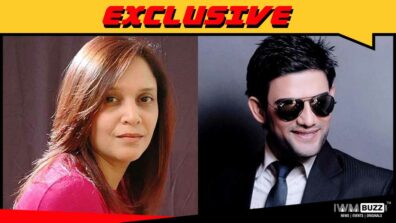 Pearl Grey forms a new company; to come up with a Star Bharat show