Citibank’s recently released Diwali commercial is in a legal battle with makers of short film Cup of Tea over plagiarism. Creative freedom is an attribute that every individual passionate about his/ her work needs to thrive on!!

But what if the creative ideas are lifted and used elsewhere without any credit being given to the concerned maker or team?

Cup of Tea – the very much acclaimed short film written and directed by Jitendra Rai faces threat as its concept has apparently been lifted by Citibank for their Diwali commercial this season.

Cup of Tea which was released in the year 2017 had the motive of raising funds for children’s education. The film has been acknowledged world-wide and has been selected to be viewed at over 120 film festivals across the globe. The film has also won 24 awards and has had 150 million views on Facebook.

With the story line and narrative being extremely similar, the makers of Cup of Tea are taking legal action against Citibank according to a report on Adgully.com.

Commenting on the film, Jitendra Rai, Director & Producer – Matheno Films, was quoted as follows in the report of Ad Gully, “It is highly disappointing to see a brand of such caliber create a film that is a direct copy of our film – Cup of Tea. We have engaged with Citibank by sending out a legal notice for which we are awaiting a response to. We request the support of the creative community to not allow such practices where the scripts are merely lifted.”

Matheno Films is a creative partner of Schbang. And Schbang was involved in the process of submitting the film into multiple film festivals across the world. They have also helped in onboarding brand partners for the original film at the time of launch.

Commenting on the incident, Harshil Karia, Founder & MD – Schbang, as per the reports said, “It is extremely unfortunate to see a large brand like this lift Jitendra’s work. I hope this creates consciousness amongst the community. We will stand with the team of Cup of Tea to ensure it gets the justice required.” 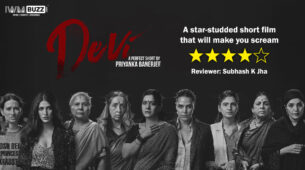