Sunayana Fozdar, who is known for her role in Sony TV’s Ek Rishta Saajhedari Ka, will feature in a romantic short film named Coffee? Coffee!

The storyline talks about the simple solutions of relationships in a very light and sweet way. Written and Directed by Shoneel Yallattikar, it is a 6 minute film releasing today (29 November). Sarang Patwarddan is paired opposite Sunayana in the short film.

Talking about the same, Sunayana shares, “This is my first short film. I am playing a modern yet a sweet, simple and romantic person at heart. The message of the film is very simple about how in our mundane stressful lives we shouldn’t forget the romance and lose the spark in our relationship.”

She further adds, “We all hope that the film reaches to the maximum people and attract audience to take this espresso sip of coffee.” 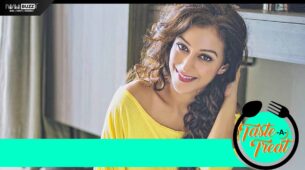