THE SELFISH SHOW is a perfect title to get some of the most successful TV Celebs in Jodis – never seen before. At a time when the web is only full of sex, you will come across another form of edgy content, courtesy new YouTube channel, HoHoHo TV

Filmmaker Harsh Mainra of Versatile Motion Pictures will flag off his new venture, How, Where & What of Selfishness, with the who’s who of the TV industry, and hosted by Jeet Gayi Toh Piya More & Kalash fame, Krrip Kapur Suri. THE SELFISH SHOW” is a perfect title to get some of the most successful TV Celebs in Jodis – never seen before.

In a nutshell, THE SELFISH SHOW has bitchy gossips, backstabbing stories, dance, music, games, laughs, abuses & gut-wrenching talks, packed in the most entertaining YouTube avtaar. Needless to say, people would have never seen this side of their favourite TV Celebs – unedited, unfiltered & unabashed!

Harsh began with Prakash Jha Productions (Peepli Live, Rajneeti and Lipstick Under My Burqa) as a production guy, before donning directorial responsibilities as well. He has also worked as a freelancer, executing various independent projects (advertisements, documentaries, travel shows, etc.).

“I started Versatile Motion Pictures in 2016, and since then have made many corporate commercials, digital ads, etc.”

Besides THE SELFISH SHOW, which will go live tentatively in the last week of May, with a biweekly frequency, Harsh is also in talks with various directors for offbeat shorts to populate the channel. “These days, the market has become very competitive, hence we need to keep pushing the envelope”.

“As mentioned above, even our fiction content will not have sex just to win eyeballs. If lovemaking scenes are needed, we will not pull back either. Having said that, our motto at HoHoHo TV is to make fun content.”

Returning back to THE SELFISH SHOW, which also has the Filmalaya brothers (Sujoy and Joy Mukherjee) as associate producers, Harsh says, “We wish to show that everybody is self-centered in his/her own way and this is bound to happen as compromises need to be made on the path to success.”

So what type of drama can we expect? “Well, why don’t you watch the show for yourself. Be ready for a good glimpse of the above actors coming clean on their past selfish deeds, and watch out for the upcoming well cut promos and trailers.”

About the marketing plan, he says, “We will have an extensive social media outreach. The actors will also promote their individual episodes on their respective social media accounts. Today, TV stars have a huge online reach. Here I wish to thank AAJ TAK’s flagship show, Saas Bahu aur Betiyaan, for their help in getting the actors on board.”

“Down the road, we plan to also have Bollywood actors (future seasons). It is not easy to get them as an independent producer.”

In closing, Harsh asserts that, for the moment, he is not looking at revenue. “For the first year, we want to concentrate on making a name by putting out good content. YouTube is the best place to connect with our viewers. TVF and Timeliners are sure examples of success stories, who, since debuting strongly on YouTube, have gone on to stream on their individual apps as well.”

“I want to follow a similar path,” ended Harsh. 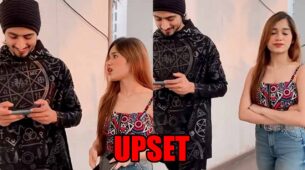