CarryMinati is back with a new video, check details here 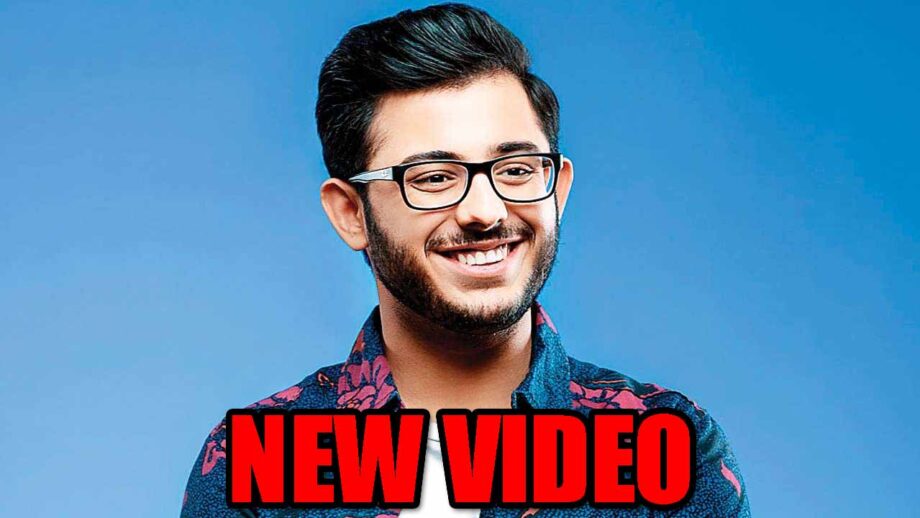 CarryMinati, the popular YouTuber, who was making headlines, is back with a new video.

The star was in news for his video TikTok Vs YouTube: The End that created a stir on the internet and was later pulled down by YouTube sparking a whole new controversy. CarryMinati’s video was deleted for violating ‘terms of usage’ by YouTube while cyber harassment, abusive language were being cited for the same. CarryMinati had roasted popular TikToker Amir Siddiqui over his comments that attacked YouTubers.

Also Read: CarryMinati and his best Roasting Videos Ever

CarryMinati tweeted the link of his new YouTube video titled ‘YALGAAR….COMING SOON’ on late Sunday night and it has gone viral. The 1.43-minute-long video shows the timeline since CarryMinati released his video ‘YouTube vs TikTok: The End’ on May 8 in which he roasted TikTok, video-sharing social networking service owned by ByteDance, a Chinese company and TikTokers, especially Amir Siddiqui.

Earlier, after his video was pull down, CarryMinati posted a video that he titled Stop Making Assumptions: YouTube vs TikTok: The End and said he was very sad that the video was pulled down. He stated that he was angry and still don’t know why it was pulled down and which dialogue was offensive.

Are you excited for his new video?