Director Karan Anshuman prepping for his next big project- Kashmirnama. Karan Anshuman, who is amidst the release of his gangster drama, Mirzapur, and juggling dates for shooting the second season of Emmy-nominated drama Inside Edge, is already prepping for his next big project- Kashmirnama.

Anshuman is enthusiastic about developing his debut novel, titled Kashmirnama, into a series. The story is a highly relevant political thriller that portrays the age-old Kashmir conundrum in a new light.

Anshuman mentions, “Directing one’s literary vision is rare event and an endeavour I’m looking forward to. The adaptation process comes with its own challenges, like how does one translate thoughts into visuals, and can I be open enough to newer, hitherto unexplored directions of the story brought to me by other writers? I’m working with a team and relishing the prospect of it hitting the floors soon.”

In the meanwhile, he promises inside Edge season 2 will be a of a bigger scale than the first and more mature in terms of its writing. Did you know what kept Mirzapur fame Divyenndu busy during the lockdown? 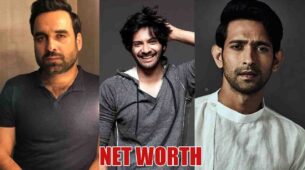