Well-known creative director and producer Ritika Bajaj (Indian Storytellers) has tied up with actor-director Rohit Roy and his better-half Manasi Joshi Roy for a Youtube short. The USP, the film is made while adhering to lockdown rules.

“We don’t want to add to huge quarantine gyaan already doing the social media rounds. Pal, on the other hand, talks about moments between a hubby and wife. And who better than Rohit and Manasi to reprise it on screen,” says Ritika to IWMBuzz in her inimitable style.

She continues, “Our first seven minutes labour of love goes live next week. There are few more in the pipeline, we will shoot the next in a couple of days. All stories will be stand-alone with the above concept as the thread beading the series together.”

What gave birth to this idea?“At a time when the pandemic has shut us home, the artists within, i.e. the acting and direction bug in Rohit and the writer keeda in me wanted expression. So our two companies. Indian Storytellers and Karma Motion Pictures came together. The biggest challenge for home shoot is that we can only shoot in natural light and yes since Rohit was without an AD, he had to handle both the acting and directing batons. His daughter was the DOP using a high-end cell phone.”

“If the lockdown persists this might be one way to end the content drought, who says, we can’t shoot at home? Last but not the least, one other plus point is that the huge older population stuck at home, which earlier stayed away from web is also starting to sample digital content, so web series writers will now need to go beyond the youth segment,” she ends. 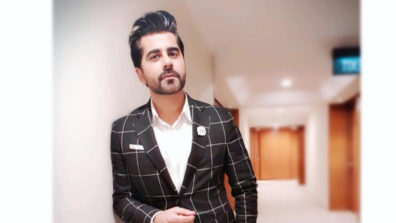