Launch of the official teaser of our upcoming Puja film, Byomkesh Gowtro, directed by Arindam Sil and Abir Chatterjee starring as Byomkesh Bakshi. Kolkata, 1st September 2018 – Like every year, Bengalis favourite detective Byomkesh Bakshi is making a comeback with a new case, this Durga Puja, after a two-year long hiatus. In Byomkesh Gowtro, the audience will see Abir Chatterjee donning the hat of the “Satyanweshi” again with his best friend, Ajit played by Rahul Banerjee and wife, Satyabati played by Sohini Sarkar. Directed by Arindam Sil, the film is releasing on 12th October 2018.

After much excitement, the official teaser of Byomkesh Gowtro was released today revealing the premise of the film. The story is inspired from Sharadindu Bandyopadhyay’s ‘Rakter Daag‘.

The teaser starts off with Arjun Chakrabarty as the suave casanova, Satyakam, who makes a curious statement to Byomkesh – “Death is the only thing that is certain in our lives, Mr Bakshi.” The intriguing bit is the part where he continues to say that – “If I get murdered, which I will, then you have to lead the case.” This is the first time, in a Byomkesh story, the Satyanweshi was informed in advance about a murder, that too, by the victim himself. As the teaser progresses, we see Satyakam’s relation with different women in Mussoorie, his hometown. Byomkesh seems bewildered about the entire situation and asks the young man, “Why should I solve the case after your death instead of saving your life right now?” Satyakam’s reply will surprise not only the detective but also the audience as he retorts – “I know who will kill me and why”. The teaser ends with Byomkesh Bakshi’s one liner – “Seeking the truth is not just my profession, it is my passion too.” Dear Sushant, I Can’t Believe You Are Gone 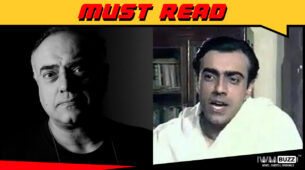