Loudest.in, Exchange4media’s first Music Business venture, is all set it make its debut in the conference circuit. The music business media community, Loudest.in is founded by Anurag Batra, Editor-in-Chief, Exchange4media, BW Businessworld. The venture is led by Aparajita Misra, Editorial Lead and Founding member, who is also the design thinker and curator of the music conference.

Music Inc. is a two-day event taking place on the 12th and 13th of June. The event will take place at JW Marriott, Juhu, Mumbai, Maharashtra. The conference is expected to see an audience of 500+.

The theme for the conference in its opening year is to bring together Brands X Music X Technology. ​The conference is curated to bring conversations in the intersection of Music, Brands, Technology, and Marketers.

The line-up includes many other big shots also from the corporate brands that have integrated music in their philosophy such as Llyod Mathias who worked previously with Tata Docomo and Motorola, Sahith Sethuraman from Bacardi and Samar Singh Shekhawat from United Breweries Limited. The conference is aiming to announce 60 Speakers the coming week, and unveiling the key agenda topics. 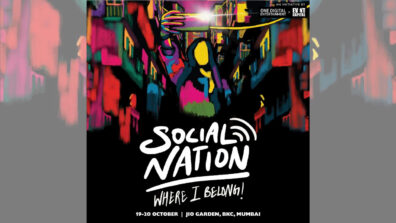 Aman Verma roped in for Star Plus’ mythological Namah Yukti Kapoor joins the cast of Star Plus’ Namah One Digital Entertainment is glad to associate with Pepsi and Simon Fuller's XIX Entertainment: Gurpreet Singh