The short film Churri will speak about the story of a couple and the philandering attitude of the husband. 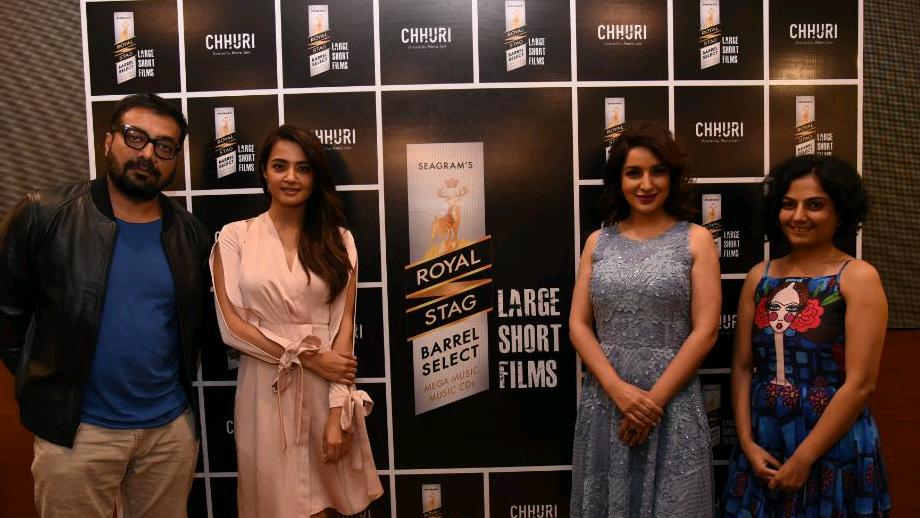 ‘Churri’ features the story of a couple where the philandering husband has an affair outside of his marriage. The unconventional plot of the movie will create curiosity in the minds of the viewers when the wife confronts the mistress and an unusual and surprising twist transpires.

Commenting on the release, Raja Banerji, Assistant Vice President, Marketing, Pernod Ricard India, said “We are extremely excited to release Churri on our platform Royal Stag Barrel Select Large Short Films. We are proud to associate with director Mansi Jain and actors like Tisca Chopra, Surveen Chawla and multi-talented Anurag Kashyap.  It is wonderful to see the growth and evolution of short films in the country attracting a great audience online as well as immense talent from the mainstream film industry. In line with the brand’s philosophy of make it perfect, we have and will continue to encourage and motivate talented film makers to showcase their original creativity through our platform.”

Talking about the film, director Mansi Jain said, “I am indeed delighted to present ‘Churri’ to my audience and I am pleased to associate with Royal Stag Barrel Select Large Short Films. I believe it is the perfect platform to celebrate the short film industry in the country and it has truly been the torch bearer for short films in the country. This platform truly encourages and motivates filmmakers to showcase their creativity perfectly. I would like to thank them for the brilliant work that they are doing.”

Royal Stag Barrel Select Large Short Films has ushered in a revolution in the field of filmmaking. Through a slew of powerful short films, the platform has successfully redefined movie-watching for cinephiles over the past few years. Not only has it gained immense popularity, Large Short Films has become one of the most credible and celebrated stages for short films in India.