The movie Drive on Netflix Original is a movie to be watched this weekend. 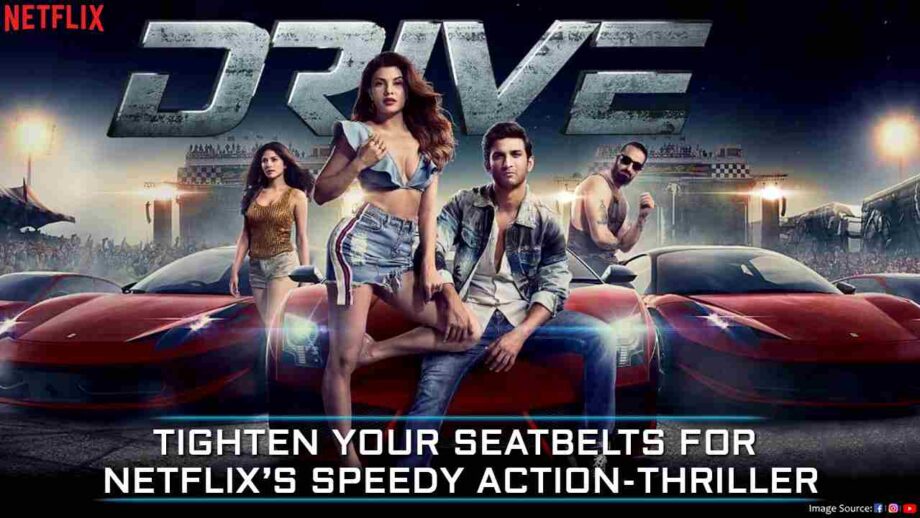 Drive is an Indian action film produced by Hiroo Yash Johar, Karan Johar and Apoorva Mehta under Dharma Productions. It is a Hindi language film, written, edited and directed by Tarun Mansukhani, his first movie after Dostana. The movie was released finally after multiple release-day shifts on 1 November 2019.

The story of the film revolves around the life of two neighbors, who end up being caught for a robbery of 300 kilograms of gold. It stars Sushant Singh Rajput, Jacqueline Fernandez, Vikramjeet Virk and Sapna Pabbi.

Sushant is playing the role of Samar who uses Tara’s identity to pull off robberies, wherein they rob the Rashtrapati Bhavan too. So for the real twist, watch the movie that is available only on Netflix and let us know how it is in the comment box below. For more, follow www.iwmbuzz.com