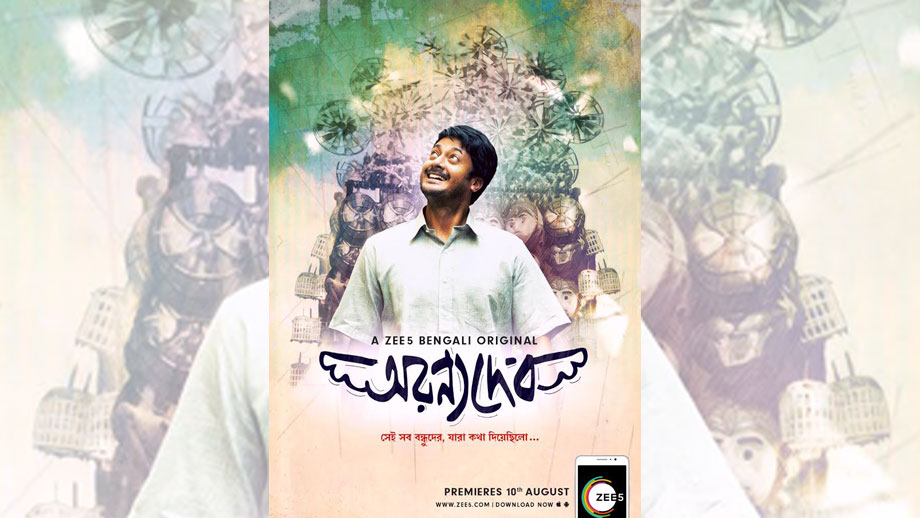 ZEE5, India’s largest and most comprehensive digital entertainment platform for language content announced the launch of AranyaDeb, its first Bengali Original premiering on 10th August. Directed by Debasish Sen Sharma with a stellar star cast in lead roles – actor Jisshu Sengupta and radio presenter Mir Afsar Ali, the movie represents two diasporas of modern times. The narrative moves through four different timelines: early 80’s, mid 90’s, present day and 20 years later. It traces the journey of two friends and their pursuit to find the real superhero within them and around.

Aranya (Jisshu Sengupta), is laidback and considers himself a superhero. Deb (Mir Afsar Ali), on the other hand, is a superhero in all aspects – education, career, family. Aranya and Deb get separated at the age of 14 and find their destiny to meet when they are 40. Something magical happens on that day which changes the course of their lives forever.

Manish Aggarwal, Business Head, ZEE5 India commented, “AranyaDeb is a ZEE5 Bengali Original and our first Bengali film on the platform. The cast, in many ways is synonymous with top-class entertainment today in the television and radio industry and the movie will definitely be a delight for our viewers. Since its launch, ZEE5 always had a strong focus on Originals and regional content and the launch of AranyaDeb is in line with that thought.”

Actor Jisshu Sengupta said, “The concept of AranyaDeb is unique and intriguing at the same time and I am thrilled about avenues of media such as ZEE5 that naturally render themselves to such innovative formats. I had a fantastic time shooting with the entire cast and crew of this fantasy film and cannot wait to hear feedback from viewers. Regional cinema will get a huge boost through such initiatives.”

Mir Afsar Ali added, “Working with Jisshu and Debasish was a memorable experience. AranyaDeb has a charm of its own and I am confident that the audience will love it. It also feels incredible to be associated with ZEE5, a platform which specialises in language content and has an extensive subscriber base across the country.”

Debasish Sen Sharma, Director, AranyaDeb said, “AranyaDeb is the marriage of the real and the unreal. The movie, through Aranya and Deb, showcases two different characters and their struggle. I would like to thank ZEE5 for associating with the film and giving it the mega platform that it deserves. With this release, we aim to reach the widespread audience of ZEE5 and popularise the story of AranyaDeb.”

AranyaDeb will premiere on the ZEE5 app on 10th August for an anytime watch. The movie will be dubbed in Hindi, Marathi, Tamil, Telugu, and Malayalam as well. Viewers will also be able to stream the melodious songs of the movie from 10th August onwards.

Download the App using the limited period special subscription offer – two months subscription @99/- only or @499 for a year, until 15th August.