Rrahul Sudhir, Aaryan Mathur of Twisted 2 in a conversation with IWMBuzz.com 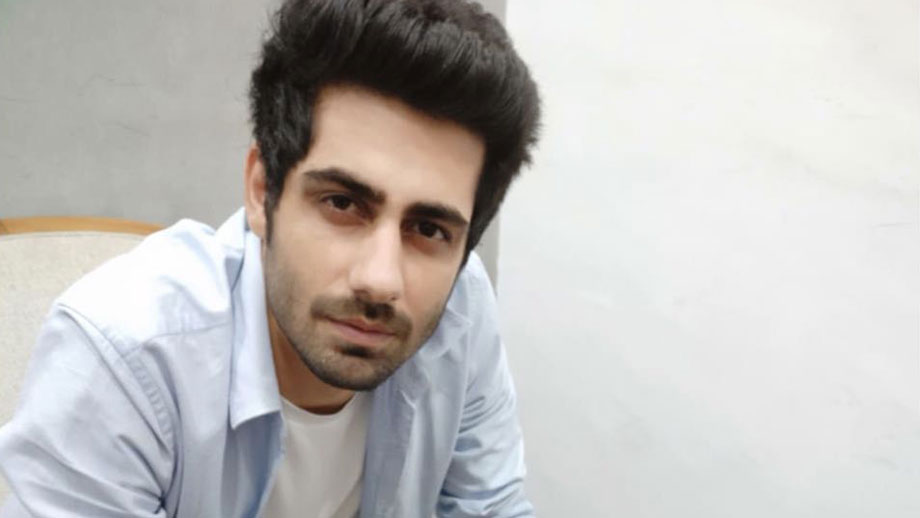 Rrahul Sudhir, an engineer turned actor has come of age with his performance in Vikram Bhatt’s web-series, Twisted 2. After playing the dutiful cop in Season 1, a character that played second fiddle to the leads, Rrahul has very conveniently raised his bar and moulded himself into the lead role opposite Nia Sharma in the latest season.

He’s winning praises for his role presently and we at IWMBuzz.com got him in a happy zone post the success of Twisted 2 which has crossed 3 million mark in just few weeks.

Congrats on the huge success of Twisted 2, Rrahul…

Thank you. It has been an overwhelming feeling. I am happy and elated.

How was the prep phase for the 360 degree turn to your character in Twisted 2?

The prep phase was really startling!! The first line I got said ‘Aryan is now an alcoholic; the series takes a 3 years leap; he has been obsessing over the case’. And I realized, ‘OMG, how will I show all this on screen? I understood that I was 83 Kgs at that time and the first thing I had to do was to reduce weight. I carried out a rigorous cardio regime to the extent that I ruptured my knee ligament and was put on bed rest for 10- 15 days. Post that, we started shooting (smiles).

It took the story to another level with Nia coming in. She had nailed it earlier and she has done the same again.

Can we say you were destined to be paired opposite Nia Sharma after all the delay in shoot?

Well, we were to start shoot earlier in September last year with Sreejita De as the lead. However, she got busy with Untouchables, and then Karishma Kotak came in. Shoot was supposed to start, and there was a halt again. Finally we had Nia back. It had to be Nia..I guess.

It took the story to another level with Nia coming in. Seeing similar faces again is a great plus. And the manner in which she played Aaliyah Mukherjee was simply ‘Wow!! She had nailed it earlier and she has done the same again.

The challenge was in the fact that the audience who had already seen Twisted Season 1 had already established in their minds that Aaliyah and Ranbir were like a couple and had a love story, and there will be other people around like the cop Aaryan Mathur. So it was challenging to face the same audience in the lead role now.

Do you think after playing the cop in Season 1, the character of Aaryan Mathur was justified in whatever he did in Season 2?

See, basically Aaryan and Aaliyah are people who would never want to lose a game. Both are strongly placed, and they are put at loggerheads owing to destiny’s game. If you obsess over a thing for 3 years, you could probably kill somebody. That’s the kind of madness the character had. So I truly feel he was justified in whatever he did.

When I read the story for the first time, I was stunned. I believed it was pretty relatable to people if put in the right way. It was pretty interesting for me to know that the cop was commiting a murder.

Tell us about your challenges in Season 2?

The challenge was in the fact that the audience who had already seen Twisted Season 1 had already established in their minds that Aaliyah and Ranbir were like a couple and had a love story, and there will be other people around like the cop Aaryan Mathur. So it was challenging to face the same audience in the lead role now. For them, the hero was Namit Khanna. So for Aaryan to spring out of slumber and come out as the main guy was the biggest challenge for me. It was the same story, so it made things very tricky for me. So I knew that I had to be up to the mark to make it happen!!

The narrative kept the flow going and kept your character in song?

It was written beautifully and directed very well. The story has two heros according to me – first is Vikram Bhatt Sir and the second is the Director Anupam Santosh Saroj. They took it to another level. If they had not shot it the way they have and given it this kind of a treatment, the chemistry could not have come out so well.

Vikram Bhatt Sir told me that the suspense is not about who the killer is, but with the way the game will pan out. I think that’s exactly what people have liked (smiles).

Do you think the level of complexity was bit less here when compared to Season 1?

You know I asked Boss (Vikram Bhatt) once while shooting, that last time we had to guess every now and then as to who was the killer. But here, I asked him whether it would be as thrilling as it was in Season 1 since the plot was out in episode 1. He told me that the suspense is not about who the killer is, but with the way the game will pan out. I think that’s exactly what people have liked (smiles).

How was it to shoot with Nia in Season 2 after sharing a different equation in Season 1?

The best part was that we knew each other really well. So there was always the sense of relatability. But we did not have many scenes together earlier. But she is so very professional, and does not carry the baggage of being a star. It was very easy to approach her, talk to her, work out and by the end of the day, we were so comfortable together that we did not even rehearse for our scenes. Also, Anupam was a friend and the three of us were very receptive and easy-going with each other.

I tried to experiment and do things differently. There is no end to acting; we keep improvising always. Good feedbacks are like a push in the right direction. It gives great joy at the end of the day.

What do you have to say about Dilnaz Irani who took over from you as cop?

Dilnaz is a fantastic actor, well-known in the theatre circuit. She was also very accessible and professional. It was great working with her.

What are your takeaways from the success of Twisted 2?

When they told me the idea last year, I had this question – ‘do you think I am that good to play the lead’… It was a shocker for me. See, if you have not done a lead role before, you do not have the confidence. But now, after shooting for it, I have suddenly felt that I can do it. I now feel that I can offer a lot as an actor. When you are put into that space and the spotlight is on you, you will have to raise your level and give it your best shot. My acting has also improved with responsibility in Season 2. How has the feedback of Twisted 2 been for you personally?

Oh, it has been pretty great! I have been getting personal messages even today. People have loved and enjoyed the character. It is overwhelming at times. I tried to experiment and do things differently. There is no end to acting; we keep improvising always. Good feedbacks are like a push in the right direction. It gives great joy at the end of the day.

How has the reaction been from Vikram Bhatt and team?

When Twisted 2 released, within 12 hours, it reached a million hits. When I saw it, I was stunned. I immediately called Anupam, asked him if there was a printing mistake. And when I got to know that we have hit a million overnight, there was a great feeling within me. Vikram Bhatt Sir appreciated our work and the reactions were unbelievable. There is nothing like success. The entire team was happy.

How easy or tough were the romantic scenes with Nia?

Randomly one day while shooting, Nia and I were called by Anupam and were explained about our first kiss scene. We were taken aback. I told Anupam that you had to tell me before hand. I was so shy and embarrassed and wondered how to go about with so many people watching. But at the end of it, it became a habit. We have kissed so many times onscreen that it became easy. I am so happy that our romance worked. I had never imagined myself to play a lover boy on screen. I have to give credit to Anupam; he helped us a lot.

I think I will get away from the intense roles for some time now and look for different genres. If I would want to do something now, it will be something light, easy going, in the comedy zone.

How is Rrahul Sudhir in real life?

As a person, I am very happy-go-lucky. I am careless at times. I am nowhere close to Aaryan Mathur. I am very easy and simple in my style. I come from a family which is very academically oriented which believes that education is the path to success. This is true and if I had not followed it, I would not have been talking to you today. I am an engineer, have worked with corporates. But at the end of the day, you are left wondering before the mirror that you can do better. The stroke of luck got me to acting, into the unchartered territory and I became an actor. In 2016, I quit my job and my first web-series was All About Section 377 where I played a gay make-up artist. I have been part of web-series Maaya, Gehraiyaan, Spotlight and now Twisted 2.

What are you plans now? Twisted 2 has taken you to the next level in your career?

Yes, I am looking for new things. I am looking for the right kind of a role. I don’t want to restrict myself to one medium; I want to keep working as much as I can. The work has to excite me, appeal to me. I think I will get away from the intense roles for some time now and look for different genres. If I would want to do something now, it will be something light, easy going, in the comedy zone. I want to break away from Aaryan Mathur now. The sanest a person can be is when he is working. I want to be as employed as possible, and take up the best of roles.