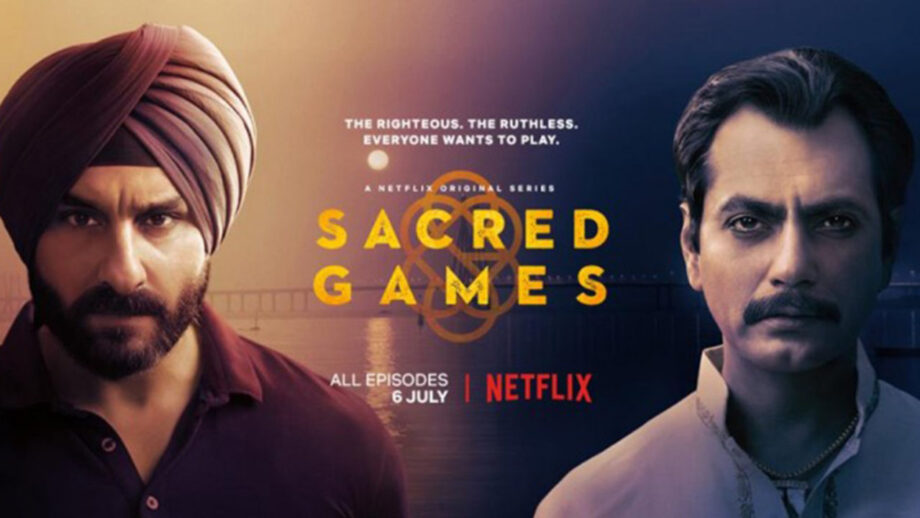 Sacred Games has been one of most eloquent web series as of now, undoubtedly! We have been overawing over the gorgeous sequences and storytelling loops.

Sacred Games, the crime-based drama, that has been so moving and engaging with the time. The series never failed to keep that shine and suspense throughout the seasons. The story revolves around the interaction between Sartaj Singh and Ganesh Gaitonde and leads to a mind-blowing cliffhanger in the last episode of Season 2. The series is an amazing amalgamation of twists and turns that spin around Sartaj Singh. We are keen to know what happened thereafter; hope they decide to release season 3 soon.

Millennials are still yet to overcome their obsession from it, which is obvious, and it makes more obvious when you give you thorough scrutiny throughout the plots and read the life lessons in between. We at IWMBuzz are up with 5 exemplary life lessons from Sacred Games.

1. No one can win over Life or its unprecedented Vicissitudes!

Two prominent characters that were so full of themselves, Ganesh Gaitonde and Parulkar! Both thought of themselves to be the God, to be the supreme! Gaitonde, who used to say “Kabhi Kabhi lagta hai apun hi Bhagwan hain”, ended up surrendering, shot himself. Parulkar too, who used to criticise Sartaj at every point of time, and thought he would never fall into the trap, happens to be trapped and kills himself.

2. Your own people make you who you are right now! Choose your friends wisely, they say!

Remember, when Gaitonde was betrayed by his own employee, whom he used to trust to the fullest, but comes out to be a traitor, leading to killing one of his best men! His own people conspired against him, anyone he trusted.

Gaitonde’s courage led him to what he became later, he dared, and he won! Gaitonde’s determination and passion to give marks on the world made him The Gaitonde!

We all do think too much, make too much of planning before a start-up, which at times go absolutely in vain, and we don’t succeed with it; we keep on waiting for the perfect time but what we do not realise is that, perfect timing doesn’t exist, it never did! Gaitonde taught us that in Sacred Games when he decided to kill his Boss when he finds him alone in the river and began his journey since then.

5. Love has nothing to do with sexual orientation

The love story of Gaitonde and Kukoo is the perfect instance of it. Gaitonde falls for Kukoo, crazily. Gaitonde proved to be more progressive then than some of us now in real life. He never bothered about the fact that Kukoo was a transgender, he loved the real Kukoo, the human being, not her gender.